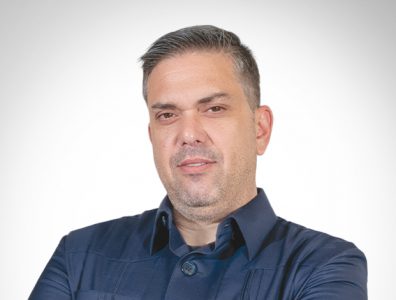 All banks are making an effort to work with the government to find solutions to lower international debt.

A new ease of investing in Angola

How do you assess the overall performance of the Angolan economy during 2020?
Companies are working much less now than in the past, and some oil and gas companies have closed. A few service providers shut down operations or are doing the minimum to remain open and everyone is waiting to see what comes next.
This crisis hasn’t brought any opportunities in terms of banking. Most banks closed branches – even smaller banks with only a few branches closed some and let people go. The pandemic, in addition to the ongoing economic crisis here in Angola, has made things difficult for everyone. Banks feel that people and companies are losing buying power.
At Banco BIC, we haven’t closed any branches. We opened two this year and will open another before the end of the year but we have basically stopped growing. Deposits have been coming down for the last three or four years, so we are trying to hold them steady. We still have liquidity to give credit and we are very interested in financing.

What is the result of the public measures to control the state budget?
As for inflation, what I see is a big effort to contain the exchange rate, and that costs money because you are artificially controlling the rate. The biggest revenue for the government is coming from oil, and the second biggest is from taxes. They have raised taxes a lot in the last few months. Our IRT [tax on work income] came to 25%, so everyone got a 25% salary cut if their salary was more than AOA 1 million [USD 1,540] per month. If the economy is not running, you aren’t getting much in taxes.

What is the impact of the central bank’s decision to cease the purchase of foreign currency from oil companies, allowing commercial banks to step in and do so?
For us, the oil and gas sector hasn’t been a very important sector because we haven’t been the bank for the operators, we work mostly with service providers. It’s an international business. What you see locally is that operators pay their service providers and vendors locally. They put up some cash calls, they bring in some foreign currency, they exchange it and they pay what they have to pay locally, essentially local salaries, taxes and current expenses.
In the last few years, operators have had to sell the foreign currency to the central bank. This makes oil companies less comfortable in terms of the timing of payment. In the past, the operator would send a transfer to the bank and the bank would make the payment in the local currency to the service provider and the provider would transfer to bring in whatever goods they needed to their operation and any other payments.
In the last few years, it has been necessary to go through the central bank. Banks have depleted their margin in foreign currency in our correspondent banks outside in the last five years. Every reserve we had we have been using. Things are tight now.

What is the main challenge Angolan banks face in the international arena?
The relationship with banks internationally is something Angola has to invest in more because we lost the USD transaction privileges so there are no more dollar payments in Angola. We started dealing in euros.
We thought the USD door was about to open but it closed again and now we see corresponding banks dealing in euros checking the Angolan banks again – doing extra due diligence and evaluating whether the banking relationships are to continue.
We operate as any other bank anywhere else in the world does. We are here to provide a service and finance the economy and we want to do it well, following all the rules and fulfilling all the compliance regulations and anti-money laundering laws. We are serious people trying to do a good job.
That is the message we have to send internationally: almost everyone is working hard towards transparency, and that has to be shown globally. There is a tendency to bring up what is wrong, forgetting to also highlight the good things that are happening and I don’t think people understand the damage this does to the image of the country. It’s necessary to work on your image.

How do you assess the government’s evaluation of banks’ asset quality?
It depends on how things will be managed. There is talk of banks having to constitute imperatives (provisions) of 20% on the government bonds. The government pushed banks to buy bonds offering high rates, and most banks have more than 80% of their deposits supplied in bonds. If you have to take 20% and constitute a reserve in the central bank, getting zero on it, most banks will not have a profit this year. They will probably have a deficit in terms of results.
This is not a comfortable situation at all. Nevertheless, all banks are making an effort to work with the government to find solutions to lower international debt, combining this with measures of internal diversification of the economy, creating an environment favourable for companies to produce goods locally, especially food, in order to lower the need to import.
The only way is to increase local production of everything: mining, industry, fishing, agriculture and farming. Angola has amazing conditions to be successful in this objective: good climate, good soil, water and a very young population eager to learn and grow professionally.

How will Sonangol’s regeneration programme affect the upstream sector?
I think the oil companies have a strategy to wait and see what changes come along and then make their plans. Planning without knowing what laws are coming is not easy.
I think the change will be good. I think oil operators and Sonangol can work together to find solutions for funding and financing the business in a way that will lower production costs so that every operator (including Sonangol), has a more efficient production that will result in a more profitable business for everyone. A partnership can only be called so if it works for every part involved.

What are the main challenges in resolving Angola’s power deficit?
We are wasting about 80% of the produced energy. We have dams; we have power. But the power problems here are related to distribution. We are building a big substation in Luanda and it will change the energy in the area, but in many other areas of the country you have to transport energy. When you are building a dam, you should have the structures needed for transport at the same time. You shouldn’t start studying transport only when the dam is finished.
Angola is a big country so transmitting power across it doesn’t work. Instead of building big dams, we could build smaller dams across the country and distribution costs would be lower.
Some countries in Africa have invested in solar. Most of those countries don’t have water, but we have water and dams. I think solar energy is a business that would work in Angola, but I’m not seeing big solar plants as our future. I think smaller systems to support farms and businesses would be a good business here.

Are banks involved in local power generation projects?
No. Everything is taken care of by the government, which usually hires an international company with experience in the business and usually funds this through a government or treasury guarantee, which unfortunately doesn’t go through the banks.
But we always try to get into this type of business. In terms of deposits, banks are small in Angola, so if we can’t finance it ourselves, we can have a banking syndicate do the financing. Banks are available to do that and are eager to do that. We want a piece of the cake.

What macroeconomic objective does the Angolan economy need to achieve?
Angola spends 60% of the foreign currency it gets on importing food. Everyone is talking about oil, but we need to produce food. If something happens and the banks are cut off from euro banks and we can’t do transfers outside, what are we going to eat?
For me, self-sufficiency is the goal. In time, the cost of living goes down and people have buying power when you have that kind of production. Also, banks have to provide. I’m talking about transforming the industry surrounding food. If you produce a vegetable, then you need plants to transform it and package it into an end product.
The government needs to reduce bureaucracy to make it easier for companies, even foreign companies, to invest. We want to produce everything in Angola but we don’t have the knowledge, and we have to understand that we will only be able to go forward if we have partnerships and investment from outside.

What should international investors know about Angola?
Most big investors have this question: if I buy a plot of land for a factory, is it mine? Can I mortgage it if I need financing? The answer is never a yes; it’s always vague. The second question they ask is if they will have the right to repatriate funds. The answer to that question is yes now, but it used to be no.
Now, the processes have been tuned up so it’s easier for a foreign company to come in and invest, and everyone knows what is happening. We’ve evolved. Taxes have evolved a lot. Public services overall have increased in quality quite a bit. In the last few years there has been a lot of on-the-job training. It’s a good sign for the future.
But local entrepreneurs and local companies will not be able to help the country grow as it needs to. You need investors with knowledge and experience. These investors have an environment now where they can set up a business and everything is above board and explained. I believe investors aren’t coming now due to the negative image regarding corruption and all the news stories about corruption. I’m totally convinced that foreign investors should come and pay us a visit and see for themselves that Angola has a bright future ahead.
Everywhere you go in the world, competition is tough and the markets are tough, but there are opportunities for development in Angola. Our population is growing but the population density is low. Not even a third of the country is being used.