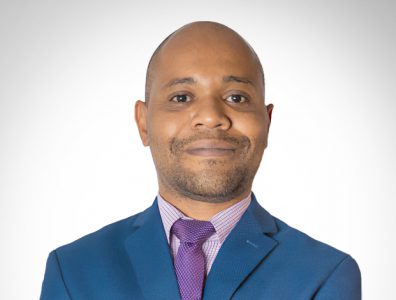 Exploration is about doing your homework and being persistent.

A place in Angola’s upstream future

Camilo Gomes, general manager of Alfort Petroleum, talks to The Energy Year about the company’s strategy for Angola’s 2020 bid round and the key challenges operators will face in developing onshore blocks. Alfort Petroleum is an E&P-focused company that is also active in oil and gas trading and petroleum products marketing and distribution.

How would you introduce Alfort Petroleum?
Alfort Petroleum is a relatively young company, and it arose from the opportunities available in the oil industry. Over the last 15 years, more local investors have been interested in exploring Angola’s oil and gas reserves. We took that opportunity to start a fresh new company. Our main goal is to be positioned as a local Angolan company producing oil and gas at the same level of quality and efficiency as the international companies of our size.
Alfort is not a big company. We are interested in the projects suited to smaller companies. That is a stepping stone for building a solid oil industry in terms of local companies. You start with smaller projects, and become efficient in their execution and solidify your place in the market.

What are Alfort Petroleum’s ambitions in the upcoming bid rounds?
We are going to participate in the upcoming bidding rounds, and we are confident, based on the data available, that we will be taking a measured risk in a promising concession. We want to be a part of the future, and if you’re going to be a part of the future, this is where you start. We know the geology of Angola and we understand every slot that is being put up for bids. Exploration is about doing your homework and being persistent.
We are currently looking at onshore blocks because they are more attractive to small companies than offshore ones. The logistics and cost structure is different. Once we become a highly efficient company operating onshore, we hope to one day operate offshore.

How will the current bid round be different from the one that was cancelled in 2017?
We did take part in the last bid round, and we put in a lot of work before it was cancelled. When the whole process happened in 2014/15, there was a considerable variation in the oil price. I think the terms and conditions prepared by Sonangol were looking at a range of unrealistic prices, and that is why the process was cancelled.
If you want to do certain things, you will probably lose money at some point. We did lose money because of the cancelled bids, but we believe that this round is structured much better.
This time, the terms and conditions presented at the oil and gas roadshow promoted by the National Oil, Gas and Biofuels Agency [ANPG] are good enough to get things started. There is a fiscal incentive if the company is 100% Angolan; it will have a 25% uplift for development costs. Additionally, Angolan companies will pay a lower PIT [petroleum income tax], making cost oil much more attractive than it was before. We believe this time the right pricing policy was chosen in designing the terms and conditions.

What key challenges will upstream players face in developing the onshore blocks?
As certain concessions will be located in populated areas, some legal matters and technicalities still need to be resolved. There is even a concession in a nature reserve, which brings unique challenges. The general concern for Angolan oil companies is who will finance the relocation of people and the environmental costs. These are genuine concerns for private investors. There is an opportunity for the ANPG to work together with all the stakeholders to ensure that if these costs are too high, they can be split with the government.
For example, running roads through a nature reserve could legally be considered exploration costs or even development costs, even though it is not development. We have to find a balance to ensure that those initial costs are not directly associated with the exploration; nobody wants to spend unnecessary money. I think the agency is taking steps to address this issue. It’s important because if these concerns are not clarified, they could drive investors away from certain areas with potential.
There are other issues regarding logistics, such as access roads, communication in the areas of the concessions and storage and export facilities. There is a lot of opportunity for government and private stakeholders to reach an efficient agreement satisfying all actors involved.

What is your assessment of the new local content regulations?
This update of the law is welcome. Although we know these regulations are designed to protect and promote local fledgling companies, the local content regulation has been slow to take real effect down the chain of companies. We hope this law will bring positive results in the next 5-10 years as it has revamped the previous legislation and filled in some of the loopholes that have been exploited before and thus hindering the increase in the participation of local companies in the industry..

What decisions should policymakers take to help local companies and joint ventures?
Looking at the last five years, many Angolan companies and joint ventures have disappeared due to the economic crisis. That is a bad sign and means something was wrong with the legislation or pricing structure in place.
The laws introduced are positive and can help many Angolan companies. But there should also be more tax incentives for local companies as they are the ones dealing with local content. In other parts of the world, some products and services can only be provided by local companies in a regime of competitiveness, preference or exclusivity. We believe this is something that should also be implemented here.

How has Alfort Petroleum implemented efficiency measures to ensure resilience?
The economic downturn and decrease in oil prices is not always a negative thing. This can always bring new opportunities. Because of the economic crisis, the man-hour rates for services have decreased and whoever can optimise their operation will stand to make real money and get ahead of the game.
In the past, we tried to work with as little financial outlay as possible while getting the maximum bang for the investor’s buck. Our teams are only doing the necessary work. We know exactly which jobs we want to target, and we are only working on that.

How has the pandemic affected your operations?
Since the pandemic began, we have invested more in communications, IT infrastructure and streamlining processes. These measures help to bring costs down. We have small and specialised teams that are spread over two continents, Africa and the Americas, and during the pandemic, some of these people had to work together from home. This takes a great deal of organisation and an almost perfect uptime of the communication infrastructure.
As another impact of the pandemic, if you need to subcontract, this is the perfect market for doing it because you will have suppliers and service providers fighting for the chance to do the work, hence you are able to lock in better prices for mid-term projects. Right now, the situation is not great for some service providers.

What is Alfort Petroleum’s strategy for the next five years?
This period is a stepping stone for doing bigger and better things. Our number one strategy is to establish ourselves as a small and profitable company with good standing in the oil industry in Angola. In the next five years, we hope to win more concessions because there are supposed to be two more rounds in the next three years. In the long term, we hope to grow within Angola and the rest of the world. It is always better to start small locally before you spread your wings to other markets.