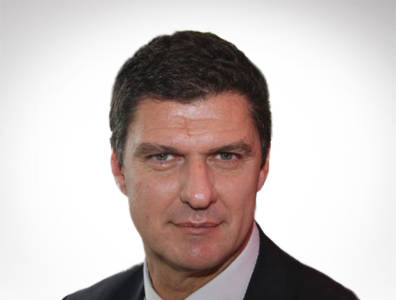 The government and the intensive investment sector will see renewable energy as one more tool in their portfolio.

Marcelo Álvarez, president of the Argentine Chamber of Renewable Energies (CADER), talks to TOGY about the development of the renewable energy sector in Argentina and the implication of that for the country and the region, how prepared local workers and companies are to participate in renewables and the success of the RenovAr programme. CADER is a local nonprofit that brings together renewable energy companies and regulatory representatives.

What should Argentina’s policymakers keep in mind regarding the development of the domestic renewables sector?
The diversification of Argentina’s electrical matrix in favour of renewable energy, both regionally and nationally, will occur after the cost of technology drops and the learning curve for using that technology becomes steeper. The chamber’s mission is for that diversification to be faster, cheaper and more efficient, and to create more local content.
We also have to make sure that the opportunities don’t concentrate in just one sector of the economy. Renewable energy, particularly solar and wind power, tend to be capital intensive. If you only make big plants, capital and income become concentrated.
If you make a distributed generation system, you have to make sure that it has an impact on the regional economy, helps develop SMEs and local industry, diversifies income and is a change of paradigm and not of technology. You have to generate power closer to where it’s consumed, with minimal losses in transportation and distribution, for the user to cease being a passive agent.
Argentina is the last player in the region, and maybe one of the last in the developed world, to start looking at diversification with renewable energies. Generally speaking, we have more disadvantages than advantages, because some races have already been lost, such as the development of some industrial niches. On the other hand, we have the advantage of being able to learn from others’ mistakes. This allows us to grow faster and save time and money. We have the potential to be the third major market in the region, after Brazil and Mexico. With the new legislation and regulations that are in the works, in a couple of years, we could be the second.

How do you think the RenovAr programme is progressing?
There’s a lot of good news, but we would need to see the end of the film to have a well-rounded opinion on it. Law No. 27.191 is a quota model with tax incentives. I say it’s a quota model because it sets a target in which renewable energy must make up 8% of Argentina’s combined energy demand for December of 2018 and 20% for December 2025. It’s a mixed picture. That law, passed in 2016, gave way to RenovAr and PPAs [power purchase agreements].
This already has two successes. The first one is that RenovAr is structured in a way that generates trust among local and foreign investors. This is because of certain aspects, such as the creation of the renewable energies fund, guarantees from the World Bank, tax incentives and the possibility to extend contracts to 20 years.
The second one is the possibility of selling energy directly to the final consumer through private contracts. This will gradually reduce the involvement of CAMMESA, [Argentina’s wholesale electricity market administrator], as a buyer and promote private developments and a reduction of energy prices in the future.

Is Argentina’s workforce qualified to implement these renewable energy projects?
For many years, Argentina had excellent workers qualified for renewable energy, because the domestic market was microscopic and there were more trained workers than the market needed. In fact, a large part of the continent’s transition to renewables has been spearheaded by Argentine companies and engineers that were looking for work wherever they could find it in the region.
Now our market has grown. Our solar market had accumulated 25 MW of installed generation capacity by December 2015, and contracts for another 945 MW were signed [in 2016].
Obviously, we don’t have the human resources necessary for that right now and training personnel is a long process. Argentina will go into a transition period where we will need foreign talent for a few key positions, while at the same time, establishing training centres and secondary schools specialising in technicians. Unlike other markets in the region, Argentina is perfectly able to industrialise some parts of the value chain.

What is the potential for developing local industry to participate in the development of these projects?
Just as we don’t produce fully integrated cars in Argentina, we won’t be able to have vertical integration in renewable energies. Of the things that Argentina can manufacture locally, which ones should it focus on to be competitive, satisfy demand and eventually export?
The process of exports and imports in Argentina mostly failed because the entrepreneurs who were friends with the government took advantage of the incentives, but never reached the productivity and investment targets. I think there should be a mechanism that doesn’t put obstacles in the way of importers and gives incentives to locals, as long those incentives promote growth, and the results should be analysed yearly. If you see that targets aren’t being reached after a certain amount of time, you should not go through with the plan, or you should find somebody else who can.
When you take a modest market and multiply it by 40, you have to arrange the playing field so that local players can participate. You can’t just open the doors for everybody. This will be a lost opportunity for Argentina if we don’t add local value. One of the many advantages that renewable energy brings is a plethora of both direct and indirect jobs.

How do you feel about the EU’s lifting of biodiesel anti-dumping measures against Argentina?
There’s a difference between small biodiesel producers and big exporters, and the dynamics of the market differ between them. When obstacles are removed in markets to which we export a great deal, it incentivises production.
Generally speaking, we believe in biodiesel, so long as it doesn’t put pressure on food production. It’s one of the mottos for considering renewables, and our chamber asks that all technologies be renewable. Some technology is renewable by definition and some have costs.
We adopted the international classifications to designate sustainable energy and not energy that has another kind of impact. The same goes for biofuels. It’s renewable, as long as it doesn’t affect land that could produce food and generate an increase of food prices.

What role does energy efficiency play in Argentina’s competitiveness?
One could grow much faster in output and infrastructure by building big parks and generating net investment more quickly, both locally and internationally. That’s tempting, except that big plants are more a technological transformation than a conceptual one. They replace dirty energy with clean energy, but if they’re big and require a great deal of transportation and are far from areas of consumption, it’s just more of the same.
The commercial barriers that the emerging world is facing are now energy intensity and carbon footprints. If I want to manufacture glasses in Argentina, I have to compete with [South] Korean glasses. Besides looking at the price, they will look at energy intensity and how many kilowatts were consumed to make them. At the moment, emerging countries are light years away from industrialised ones and this will create an additional barrier for our products.
Argentina’s emissions per capita are far from those of China or the US, but on average, they are twice what they are in the rest of the region. We need to diversify the matrix now. We became used to cheap oil; maybe not cheap for the state, but cheap in price. It’s like an addiction and it’s difficult to get over. We have an exponential growth in demand for household appliances that are inefficient. If you asked an appliance vendor about labelling in 2016, there would only be one in the shop who knew what it was about, and he didn’t answer in kilowatts, he answered in money. Now that the price has an impact on the economy, people are paying more attention to labelling.

What are the main challenges that the renewable energy sector is facing today?
There are three main hurdles: The first is financial, the second is human resources and the third is the legal framework in terms of distributed generation. We still need to smooth out the distortions in each province because the jurisdiction of electricity is provincial.
Another hurdle that we can add to the first three, and which affects each of them, is infrastructure – not just for the renewable energy sector, but also for ports, roads, Customs and so on. Infrastructure needs to be modified to handle the amount of machinery and equipment that has to come in.
To solve this, we must identify the cheapest and shortest routes, share methods that worked for similar sectors with the provinces, the federal government and Congress. We wouldn’t be able to copy them completely, but we could learn from their successes and failures. From the point of view of associates, it allows them to learn about and have a say in policy, before it becomes consolidated and stratified. That way, there’s no need to modify regulation afterwards. The government and the intensive investment sector will see renewable energy as one more tool in their portfolio.
Around 1.2 billion people in the world, 35 million in Latin America and 1.5 million in Argentina don’t have access to any kind of power. Renewable energy offers solutions so that they can tap into that service. The World Bank has a programme to connect rural areas to the grid. It’s a step in the right direction, but it’s slow. There are people in desperate situations, who die unnecessarily, or who need jobs. Instead of having to migrate to big cities, they could stay in their homes.

Oops, there are no posts.