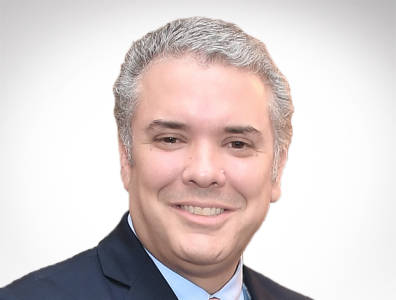 We want to position Colombia as the main destination for investments in the energy sector in the entire region. 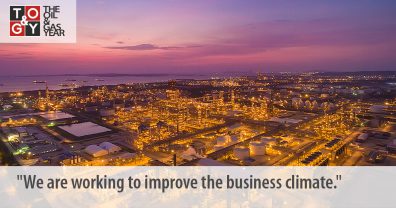 Colombian President Iván Duque talks to TOGY about the priorities of the new administration regarding the country’s hydrocarbons, how the government is providing support for oil and gas development and incentivising investment, as well as the existing challenges and benefits various stakeholders are experiencing.

Related to the oil and gas industry, what issues are being prioritised and supported by the Presidency of the Republic?
The Presidency of the Republic has established four strategic axes to reactivate the hydrocarbons sectors during the next four years.
We have thought about the development of offshore projects, the implementation of improved recovery technologies and incremental production, and the assignment of new exploration and exploitation blocks through a permanent competition mechanism. Moreover, we have decided to create a commission of experts that will evaluate the exploration phase of unconventional fields to make informed and responsible decisions in regards to the development of our resources.
With these strategies we are looking to encourage investments in exploration as well as development and production, guarantee the country’s energy self-sufficiency and also the generation of national and territorial fiscal resources that will allow us to continue generating equality and improving the quality of life for all Colombian citizens.

What benefits and changes does the Financing Law bring to companies in the oil and gas industry?
The Financing Law that was approved by Congress in 2018 provides important incentives for the hydrocarbons industry, which is intensive in its use of capital. Firstly, a progressive decrease in income tax for companies was approved. It will reach 33% in 2019, 32% in 2020, 31% in 2021 and 30% in 2022. It will then be at the same level as other regional countries with which we compete for capital investments.
Another great incentive approved by the Financing Law, and one that has a great impact on the energy mining industry, is the possibility for companies to deduct from their income tax 100% of the VAT paid for the acquisition of capital goods in the year of acquisition or in the following years as capital goods are used and run out.
This measure constitutes a highly attractive incentive for industries with a high level of capital investment, and we hope to see this translate into a greater number of exploratory wells, more kilometres of seismic, greater production and an increase in the country’s reserves, which are currently at 5.7 years for crude oil and 11.7 years for gas.

On which areas is the national government focusing to improve the ease of doing business?
In regards to the hydrocarbons sector, we are working to improve the business climate so new companies can enter the country. To achieve this objective, in recent days the new draft has been approved for the contract for offshore blocks, and the reference terms for the Permanent Process of Area Assignments has been approved. We hope that with these two measures we will be able to reactivate exploration in the country, given that no new blocks were assigned for exploration during Ronda Colombia 2014.
Moreover, we have launched the new version of the Government and Industry Agreement. It seeks to align all government agencies that work with the oil and gas sector to facilitate processes and speed up exploration and production activities. The strategy seeks to address bottlenecks that prevent the execution and viability of projects.
Finally, we are commissioning a competitiveness study, which will hopefully be ready during the first semester of 2019. This study has the objective of giving us the necessary tools to determine the areas and the actions that need to be implemented to attract investments and be internationally competitive from a fiscal, regulatory and judiciary angle.

What is Colombia’s action plan regarding the evaluation of the development of unconventional resources?
Since the campaign for the Presidency of the Republic, I have said that it is necessary to evaluate all scientific information and possible economic implications in relation to exploration and the development of unconventional fields.
With this aim, at the beginning of our government, the Ministry of Environment and Sustainable Development as well as the Ministry of Mines and Energy created an independent and multidisciplinary commission of experts to evaluate the regulatory and institutional framework, together with the possible environmental, social and economic effects during the exploratory phase of unconventional fields in the country. The 13 members of the commission are well-known national and international experts in politics, environmental conservation, hydrogeology, geology, health, communities, seismic, oil regulation, and fiscal and macroeconomic matters.
The work of this commission was divided in three phases, which were simultaneously developed. The first phase consisted of the creation of tables for regional dialogue to listen to the worries and doubts of the communities that inhabit the areas with potential unconventional fields. The second phase included a revision of the existing technical and environmental regulations in the country, also in comparison to international practices. Finally, the third phase included the analysis of national energy security and the contribution of the oil sector, considering the complexities of energy supply and demand. This last phase also considered the effects of petroleum activity on the fiscal income and economic and social development of the nation and the regions.
After several weeks of independent work, the commission presented to the national government and the public a report about the exploration of unconventional fields in Colombia. The report is one of the elements we will consider to make an informed and responsible decision for the present and future of the country.

Is interagency co-ordination being encouraged to improve environmental, archaeological and other types of permitting processes?
During this administration we have established co-ordination and articulation between governmental entities as one of the fundamental principles for agile and efficient public management. The objective is that projects are developed and finalised in the shortest possible time and with the best quality.
The hydrocarbons sector has not been the exception, and joint work has been established amongst the different entities involved. This co-ordination has not been limited only to licensing matters, but also involves matters as important as the expert commission for unconventional hydrocarbons.
As mentioned, the creation of this commission was done by the Ministry of Environment and Sustainable Development as well as the Ministry of Mines and Energy, with the support of the National Hydrocarbons Agency and the National Environmental Licensing Authority. This shows there is synchronisation and articulation between the different entities that regulate the hydrocarbons sector.

In what parts of the energy industry will investment in infrastructure be focused?
We believe that in the following years we will have an important investment in infrastructure in everything related to unconventional renewable energy.
The goal of our government in these four years is to go from 50 MW of installed capacity – what a city like Ibagué needs – to 1.5 GW in unconventional sources of renewable energy. This is what Medellín and Cali need together, with an investment of USD 1.3 billion-1.8 billion and a reduction of CO2 [emissions] of about 3 million tonnes, equivalent to the planting of 6 million trees.
Moreover, we do not only expect investment in physical infrastructure. Investment in new technologies and innovation is fundamental for the modernisation of the energy sector. This is why – considering the current necessities in energy storage, electric mobility, intelligent meters, follow-up and control models – we will require private investments that will allow for these initiatives to happen. We are working on having adequate regulations to incentivise these investments.

How is the government providing support for the improvement of relations between local communities and the energy industry?
We are committed to dialogue and compliance with judicial orders that oblige the national and territorial governments to concurrently and coordinately adopt decisions related to the exploration and exploitation of nonrenewable natural resources.
The first thing is dialogue. The Ministry of Mines and Energy and its entities have been making efforts in this regard through the Todos Cabemos [We All Fit] relationship strategy. Moreover, the government has been working to improve the relationship with communities through the Territorial Hydrocarbons Strategy. This has allowed us to be in the regions, supporting the hydrocarbons projects of the private sector, and at the same time aligning government action with the communities and industry to harmonise the interests of all different actors as well as addressing existing or potential conflicts.

What progress has been made with the Public Works for Taxes and Public Works for Royalties schemes?
The mechanism of Public Works for Taxes, which has been highly successful in other countries, was implemented in Colombia in 2018. The first works financed by this initiative are currently being developed.
Meanwhile, Public Works for Royalties is a mechanism that has been recently approved by the Congress of the republic. It looks at speeding up and making more dynamic the investment of resources in the territory by allowing companies with exploration and exploitation activities to formulate and execute investment projects as part of the corresponding payment of royalties.
This will be a voluntary mechanism between the territorial entities and the production companies. The projects will have to be approved by the OCAD [Collegiate Body of Administration and Decision]. The regulation is currently being developed and we hope it will be finalised during this first semester so that the works built through this mechanism can benefit all regions in the country.

How does Colombia distinguish itself as an investment destination in the regional energy industry?
Our government is friendly towards private investment, whether local or foreign. We want to position Colombia as the main destination for investments in the energy sector in the entire region. For this, we have important fiscal incentives for the hydrocarbons sector and for the alternative energy sector.
In addition, we have been one of the countries with the most judicial and contractual stability in the region, which allows foreign investors to come to the country with the certainty that there will be no legislative or judicial changes that would negatively affect their investments. We are sure that all these factors will allow Colombia to place itself in a highly favourable position in companies’ portfolios. That will benefit Colombians through more jobs and opportunities.

For more information on oil and gas developments in Colombia, see our business intelligence platform, TOGYiN.
TOGYiN features profiles on companies and institutions active in Colombia’s oil and gas industry, and provides access to all our coverage and content, including our interviews with key players and industry leaders.
TOGY’s teams enjoy unparalleled boardroom access in 35 markets worldwide. TOGYiN members benefit from full access to that network, where they can directly connect with thousands of their peers.