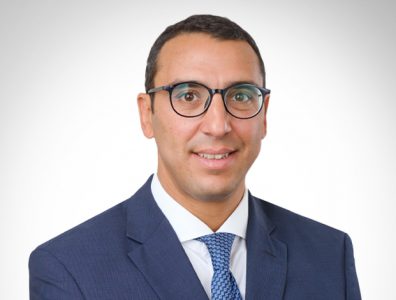 We have a great combination as a very old firm with new and international blood.

Girgis Abd El Shahid, managing partner of Shahid Law Firm, talks to The Energy Year about advances in Egypt’s market deregulation and how the financial sector is engaging in energy projects. Within a wide-ranging practice, Shahid Law Firm serves clients in energy-related sectors including power, oil and gas, and manufacturing.

How do you assess Egypt’s energy market deregulation?
Deregulation is the best thing Egypt has done in recent years. Pillars such as the electricity law, the gas law and the removal of subsidies have boosted private-sector involvement in the economic ecosystem. Before that, public-sector enterprises had the control, whereas now they are focusing more on observing and monitoring, rather than competing. The greatest deregulation happened in transportation, electricity and the downstream oil and gas market.
Some years ago, everything was either done by GASCO or certain state-owned subsidiaries. Now, downstream oil and gas are under the private sector’s control. Nonetheless, we are looking for more private contracts to be closed. In the electricity sector, the transmission will be the only part in the hands of the government. The private sector is now able to produce and sell electricity.
Private-sector engagement, however, has been slower than expected, and this is due to the regulator issuing licences at a slow pace. So far in the electricity and downstream market, only a couple of licences have been granted. Of course, the pandemic played a role in slowing down the progress. Nonetheless, since 2017 we have seen a couple of real success stories.

What is your view on the PPP framework in Egypt?
In theory, PPPs are a great concept, but in practice they haven’t been tested much in Egypt. The legal definition of PPP should be widened to include projects like the ERC [Egyptian Refining Company] and Benban Solar Park, which are effectively public-private partnerships, but not from a legal point of view. These mega-projects, driven by the private sector, are still ultimately dependent on the offtaker being the government in one way or another. As an example, the entire Benban project’s offtaker is the Egyptian Electricity Transmission Company. For ERC, EGPC and ECHEM are the offtakers. If the new deregulation laws were leveraged more, we would see more successful PPPs.
Also, from a legislative point of view, most of the economic laws have been passed through the relevant chambers of commerce before they go to the Parliament. The Parliament is also subdivided into specialised committees for legal reviews which communicate with the private sector. This dialogue sets up a good standard of legislation.

How is the financial sector getting engaged in energy projects?
The financial sector sustained itself well from 2008 until the pandemic. They are digitising everything, which allows for inclusion of the informal sector in the banking world. E-ticketing and e-invoicing are taking us in the right direction.
What’s missing is the ultimate enforcement of awards/judgments. If this gets resolved and enforcement becomes quicker, the time to get a final judgment will improve. It is slow in Egypt and in some countries in Europe.
Another issue I’ve seen, even with DFI financing, is about where the money actually flows to. There’s a lot of structuring going on, leading whole companies to be offshore. If you look at Benban, most of the structures are Egyptian companies owned by foreign entities that are usually Dutch. The DFIs are lending money to these Dutch entities, which affects where the money flows. There should be enough flexibility so that every single dollar comes to Egypt. This is a point we need to fix.

How interesting is the renewables landscape from a legal point of view?
The renewables business is very interesting from a legal perspective. It’s had a very steep learning curve, considering that lawyers are now very busy with renewables legal matters, whereas before it was a nonexistent business for us. There were no significant renewables projects in Egypt before Benban. As this project started, four or five law firms were proactive enough to secure work there, including Shahid Law Firm.
The phase we’re at with renewables right now is the M&As phase considering that the contracts now allow for change of control. Now there is room for getting approvals from the government to allow exits. Some people are selling their investment and other key players are not coming to Benban as pure investors, but are coming in to buy. Therefore, it’s turned into an M&A scene.

What’s your view on the country’s ambition to become an energy hub?
It makes absolute sense. This ambition came about for multiple reasons – from a business mindset and a litigation mindset. Egypt had gas inefficiencies some years ago: right after the January 2011 uprising, there was a lot of internal gas diversion, especially for gas that was supposed to be exported. This caused a lot of problems at the LNG facilities in Damietta and Idku, and at the gas pipeline that used to export gas to Israel. Multiple litigations against Egypt arose, as billions of dollars had been invested yet these projects were put completely on hold.
After some ups and downs, the idea of Egypt becoming a hub arose. Instead of Europe only relying on pipelines through Turkey or other countries that have questionable EU suitability, they can look at Egypt. We can use the facilities that we already have and settle these arbitrations that are worth billions of dollars. Instead of moving gas from Egypt to Israel, Israeli gas came to Egypt, which is liquified in the LNG facility then exported to Europe.
We also have to look at electricity because it’s interconnected. Egypt once had an abundance of gas, and once you find gas, you cannot store it easily. That’s why gas was subsidised and exported. Power plants were gas-fired because this is the fastest and easiest way to operate them. Following the 2011 uprising, the minister of electricity and the minister of petroleum co-ordinated to diversify the electricity resources. This is when [Minister of Electricity and Renewable Energy] Dr. Shaker started to be more aggressive in terms of renewables.
This led to strategic re-planning of the gas and electricity sectors until we reached saturation on the renewables side. Now, we are exporters of electricity. We’ve put on hold Egypt’s plans to undertake more renewables projects as we have excess electricity. However, all of this is interconnected: once gas was no longer abundant, we started diversifying our resources.

What is your competitive advantage over other law firms?
We have a great combination as a very old firm with new and international blood. So, we have the old guards that are very familiar with Egyptian law and the day-to-day bureaucracy of institutions. Then, we have a younger, foreign-educated, more dynamic part of the team. They are more aware of international deadlines and schedules. You see this in very few institutions in Egypt.
Secondly, most of us are in touch with or have a background in the government. Our founder was a former judge, so he has a feel for what a judge would say. I was a former prosecutor. We have people who worked in-house in the oil and gas sector and then moved to us. So, we all have a feel for the governmental sector – we speak their language. At the end of the day, when we have a big litigation or arbitration, we are deal-making kind of lawyers. We want to find the solution, not necessarily from the court. That can be through dialogue with the government, where we have this edge.

How important is the energy industry to your operations?
It’s the second most important sector for us. The biggest is the pharmaceutical sector. They aren’t that different, as both include a lot of lobbying with the government. Both represent big business in terms of labour, contracts and government dealings.
The difference between other firms and Shahid is that we do a lot of arbitration and litigation in the oil and gas sector. After 2011, there was a diversion of gas and lack of payment by EGPC. At the time, the big companies involved were owed a total of USD 7 billion in arrears and they came to us to see whether or not they should fight and engage in arbitration. Only one company has ultimately sued Egypt. All of the others were big enough or managed to sustain themselves. They saw that it would be a strategically wrong move to sue Egypt and would cause trouble for them winning future concessions.
We’ve done a lot of studies on that, working on investment treaty claims emanating from the oil and gas sector. We acted for the shareholders owning the pipeline exporting gas to Israel when they sued Egypt – this case led to one of the most successful settlement Egypt has steered. We also work with a UAE company owning the business of downstream gas distribution in Egypt. In certain governorates, the concessions of the UAE entity were cancelled, so we help them pursue their rights at the BIT [bilateral investment treaty] level. We also do the normal commercial and corporate work for the energy industry, along with this type of litigation.