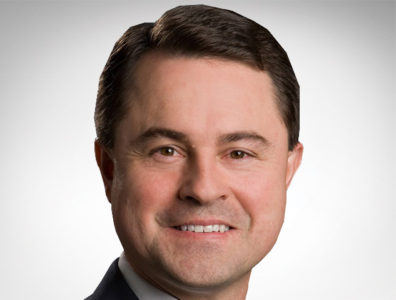 Sadly, the public has been misled about what fracking is all about. […] We need to do a better job of educating the public about the benefits of fracking and what it is and isn’t.

With approximately 5,000 members, it is also the largest petroleum group in the state. Its stated mission is to advocate for “sound, science-based policies and free-market principles.”

• On fracking: “Sadly, the public has been misled about what fracking is all about. […] We need to do a better job of educating the public about the benefits of fracking and what it is and isn’t.”

• On TXOGA: “Our role as an association is to be an advocate for legislative and regulatory policies that are fair, transparent and give everybody an opportunity to compete on the same level playing field.”

Besides touching on these topics, TOGY talked to Todd Staples about the shale boom in Texas, the oil and gas industry in North America, and TXOGA’s ability to connect investors with local business partners. Most TOGY interviews are published exclusively on our business intelligence platform TOGYiN, but you can find the full interview with Todd Staples below.

What should the public understand about fracking?
America has a new level of energy security because of innovations in horizontal drilling and fracking technology, which have unlocked vast oil and natural gas reserves that used to be unreachable. Hydraulic fracturing or fracking is a proven, safe technique that is used to create tiny cracks, deep in shale formations to release trapped oil and natural gas. Fracking has been safely used for more than 60 years and it’s been continuously refined to be even more efficient and productive. Fracking is the reason the United States is the world’s leading oil and natural gas-producing nation. And Texas is a leader among leaders as America’s number one oil and natural gas-producing state.
Sadly, the public has been misled about what fracking is all about. Without fracking, we would not have experienced the shale renaissance and the hundreds and thousands of new jobs it created. We would still be dependent on other countries for our energy needs and we wouldn’t be the global energy player we are today. We need to do a better job of educating the public about the benefits of fracking and what it is and isn’t.
Fracking has also become synonymous with all things oil and natural gas related. Actually, fracking is one step in producing oil and natural gas and it lasts a few days. That said, you can’t produce most of the oil and natural gas in Texas without fracking. So it’s one step and it’s the essential step to trap the natural resources under our feet here.

What impact has the shale boom had on Texas’ economy?
During the great recession [the global economic downturn of 2008-2009], Texas bounced back more quickly than other states because of the oil and natural gas industry. The economic impact isn’t confined to the oil and gas industry itself. For example, manufacturers use natural gas as a raw material to make their products. Inexpensive, abundant natural gas led to a resurgence in the manufacturing sector in Texas and beyond.

How do you see the road to the USA’s energy independence?
The USA is on the pathway toward greater energy independence. It is important to be secure, to have partnerships and create opportunities that develop good working relationships. There are billions of people on this planet and that number continues to grow every year.
Being energy secure is a necessity in the reality that we live in, and energy independence is functionally here. [However], there are good things that can be accomplished by sharing ideas and partnerships around the globe. We benefit when we develop partnerships globally and discover opportunities and news ways to do things. That is something all of our member companies recognise.

How are neighbouring countries evolving and where is the USA headed?
Many US companies have investments all over the world. We learn from what we see occurring around the world. We like to think big and do not want to limit our market opportunities to Texas. There are some great examples in North America, where Mexico is moving away from a government-centralised operational control of resources and is taking bids and proposals from companies. New pipelines are being built to expand oil and natural gas in Mexico, and many companies from Texas have successfully bid to participate in the offshore development there. Similarly, in Canada, the upcoming Keystone XL pipeline project is a very real and tangible prospect.

What role does TXOGA play in the industry and the economy?
As the price of oil and natural gas dropped in recent years, we’ve weathered significant job loss and state and local governments have seen a decline in tax revenue from the oil and natural gas industry. Downturns remind us that revenue from oil and natural gas taxes isn’t guaranteed and we need to maintain science-based regulations that create a stable environment as the slow recovery continues. Our role as an association is to be an advocate for legislative and regulatory policies that are fair, transparent and give everybody an opportunity to compete on the same level playing field.

How can TXOGA assist international companies looking to invest in the USA?
Networking is very important and the fact that TXOGA represents every facet of the industry, from the multinationals to small companies, gives our members a really good sampling of the industry. We have 17 standing committees – from refining and environmental to pipelines and regulatory practices. The real experts out there recovering hydrocarbons interact with one another and discuss the impact of various legislative or regulatory initiatives, or judicial outcomes and how those might affect the relationship between the industry and the government.
The real strength for TXOGA is being able to offer a platform for companies around the globe to be a part of that process. The best ideas come from the people who are engaged on a day-to-day basis in producing oil and natural gas. We create a venue for them to share their ideas and troubleshoot issues before they arise.

For more information on TXOGA, see our business intelligence platform, TOGYiN.
TOGYiN features profiles on companies and institutions active in the USA’s oil and gas industry, and provides access to all our coverage and content, including our interviews with key players and industry leaders.
TOGY’s teams enjoy unparalleled boardroom access in 31 markets worldwide. TOGYiN members benefit from full access to that network, where they can directly connect with thousands of their peers.