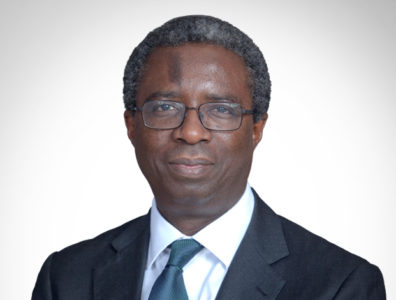 I have been seeing a renewed interest in the downstream sector. Simply by putting in new technology and being more efficient, they can be far more profitable than they are.

Gbolahan Elias, a partner at G. Elias & Co, talks to TOGY about the implementation of incorporated JVs, the renegotiation of PSCs and the growth of local services companies. Founded in 1994, G. Elias & Co. is a Nigerian business law firm.

What is the status of the launch of incorporated JVs in the upstream sector?
The economics of incorporated JVs are attractive for the government, so they are likely to implement it sooner or later. The NNPC and its subsidiaries do not enjoy an international credit rating at the level of the IOCs, so they want to project themselves as being part of the IOCs in order to get better ratings.
Nigeria LNG, for example, enjoys a very good credit rating and respect from international consumers even though the NNPC is the single largest shareholder – although it doesn’t have a majority. The other IOCs also have stakes. In effect, you have a balance of power within it and it is a hugely profitable company.
The idea is to recreate something like this at the upstream level, which would be very beneficial for the NNPC. In particular, it could be one way to circumvent the cash policy because the government would be raising the cash directly. Also, because it would be in normal corporate form rather than a statutory company, the company could do things like eurobonds and other dollar borrowing, which is more straightforward. That is a very compelling line of reasoning and they will go down that route at some point.
For now, the IOCs do not like it because it will clip their wings. That kind of arrangement does not have a formal operator, for example; the company will have its own staff. There still needs to be a lot of clarity about how it will be done. In particular, today, there are still some liabilities among the parties because some JV partners had not been paying their cash calls on time

What can be expected from the negotiation of deepwater PSCs?
We can expect that the current holders of interesting blocks will reach an agreement with the federal government. If that fails to occur, the federal government may be liable for breach of contract even where the federal government is in the right and may take back the blocks and give them to other persons.
The federal government will have to wait another four or five years before it gets any money out of them. For example, if you took Shell out of Bonga, when would a new company start developing it? It would take a while to be up and running. The federal government’s need for cash is a crucial driving factor.
The second thing is the competition Nigeria is getting from other oil producers in Africa. If we get too greedy, we may find that those producers that renew their rights to blocks will not really exploit them as aggressively as we would like.

How can the passage of the PIGB change the Nigerian oil and gas industry?
As long as it does not include an independent regulator with full powers over licensing, then it will not be very different from what we have now. The name can change and the entity can change, but at the end of the day you will still have partisan political appointees rather than industry experts acting as regulators.
I see two fundamental problems with the entire Petroleum Industry Bill agenda. One is the issue of power over the most politically sensitive matters, and the second is tax. As long as the oil producing states want a bigger share of the pie, the producers – both Nigerian and foreign – as well as the states that are not oil producing are going to oppose that.
We had an instructive experience with the telecommunications industry. It has grown to be so large and lucrative partly because the politicians did not know there was so much money in it at the beginning. The partisan politicians left the sector alone and now it is making billions every year. It is now too late, the horse has escaped from the stable, and the politicians are not happy about it.

Where in the oil and gas value chain do you see more growth happening?
I have been seeing a renewed interest in the downstream sector. Simply by putting in new technology and being more efficient, they can be far more profitable than they are.
The government controls the prices of most petroleum products, which puts a limit on revenues, but you can improve your efficiencies in inventory control, for example, or avoid real estate cost risks by acquiring a company that already owns the land or has a lease. An operator that does not have petrol stations can concentrate on aviation or diesel, where these are more reflective of the market, so as to benefit from better margins.

How effective have local content policies been?
Many Nigerian oil service companies have benefited from local content policies and are doing reasonably well. Interestingly, this has led to a fair amount of M&A activity. There is perhaps not as much local content as people would like on the marine side of things, but I don’t know if this is a question of the government not giving it a harder push. The work is necessary and the IOCs require someone to do it.
In order to improve local content, you need more clarity about the laws. An example is the litigation on whether an oil rig is a vessel or not under cabotage regulations. In principle, something as basic as that should not be subject to significant doubt.
The other issue, under the Local Content Act itself, is the 51% rule that has always been a big challenge for me as a lawyer. The company has to be 51% Nigerian owned. It is not crystal clear whether that refers to the nominal ownership or the beneficial ownership. Some people believe it is purely nominal, but that goes against the spirit of the legislation. There is still a lack of clarity about that.
It also raises the question of how to know what 51% of the ownership is at any point in time if the company is listed on a stock exchange such that the ownership of shares keeps changing. This is a challenge for a company that wants to grow by getting listed.