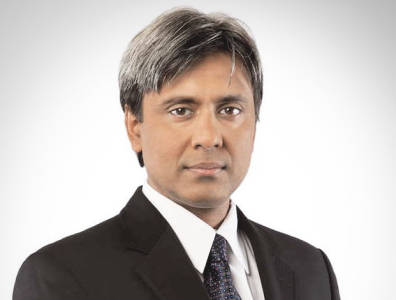 The market demand for CNG in 2020 is at its highest ever and CNG volume sales continue to grow 6-8% month on month.

Curtis Mohammed, president of NGC CNG, talks to The Energy Year about trends in the use of CNG in Trinidad and Tobago, its benefits as a fuel and how the company is incentivising its use. NGC has been mandated by the Government of Trinidad and Tobago to accelerate and expand the use of CNG as a major alternative transportation fuel in the country.

As of June 2019, there were more than 13,000 CNG vehicles on the roads of Trinidad and Tobago. How does this compare with targets you and/or the energy ministry set out?
The initiative was split into two phases with the Phase 1 target per mandate being the conversion of 17,500 vehicles, which we calculate as sedan-equivalent vehicles. The Phase 2 target is 100,000 vehicles, should it be decided to reset mandate objectives aggressively. As of the end of 2019, we estimated the market had circa 11,000 CNG vehicles.
The 2020 projection is 3,500 vehicles, which will bring us to 83% of our mandate target – 14,500 CNG vehicles. Given the consistent market demand over the past two years and the current economic climate we are now operating in post Covid-19, we project that the mandate 17,500 vehicles will be met by the end of 2021.

What is needed to increase usage of CNG in Trinidad and Tobago?
In 2020, CNG has become the norm as a vehicular fuel. It is looked at as no longer as a fuel for the few, but instead as a viable option and one which affords thousands of dollars in savings to customers. An observer will easily see the blue CNG diamond on thousands of CNG-powered vehicles as they have become part of the motoring landscape.
Trinidad and Tobago has long been a “liquid” fuel country, similar to dozens of others worldwide. Our population has grown accustomed to cheap, subsidised liquid fuels like many other subsidised products in the country, e.g. electricity, water, LPG and others. It is only very recently with the move towards the reduction of liquid fuel prices to reflect market prices that drivers have become more attuned to the real costs.
When CNG was first introduced in Trinidad and Tobago in the mid-‘80s there was an active move from some segments of the population towards CNG. However, for various reasons the CNG industry did not blossom like it should have and as it now has, as some of this was tied to CNG availability at service stations as well as access to safe and efficient conversions.
The market demand for CNG in 2020 is at its highest ever and CNG volume sales continue to grow 6-8% month on month. Indeed, in 2019, the sales of CNG were 106% higher than 2018. In the six-plus years of the existence of NGC CNG (2014-present), NGC CNG with the support of GoRTT [the government] has sought to build an industry with significant private-sector participation in terms of conversions, OEM sales and the provision of equipment on the supply side.
As the world, and more so Trinidad and Tobago, adjusts to a more constrained economic environment post Covid-19, NGC CNG is confident the demand for CNG and the use of the fuel will continue aggressively upwards. The acceptance of CNG as a viable fuel is also strongly linked to private-sector involvement in the supply of OEM vehicles and the conversion market – this changed the national paradigm towards CNG. The public trusts the CNG brand and emerging CNG industry as our efforts to offer incentives and satisfy market demand have provided meaningful and fruitful results.

Do you expect to see more OEM CNG vehicles such as the Honda City sold in the Trinidad and Tobago marketplace?
The Honda City is one of 20 OEM CNG vehicles sold in Trinidad and Tobago. In 2014, when NGC CNG was operationalised, there were zero OEM CNG models of any vehicle type in Trinidad and Tobago. Currently we have 20 models of OEM CNG vehicles on our roads, 13 of which are available for purchase from local suppliers across a wide range of segments from passenger, to commercial to omnibuses.
NGC CNG notes that dozens of other OEM CNG models are produced by manufacturers internationally and has actively lobbied their local representatives to sell them in Trinidad and Tobago, with varying degrees of success.
NGC CNG is confident more OEM CNG models will become available in years to come as the vehicle market transitions to alternative and greener fuels. This clearly shows the private sector in T&T has embraced the move to CNG like never before, and NGC CNG is working to bring to the market more OEM options as well as licensed converters.
NGC CNG has also noticed that OEM models of CNG have similar constraints as OEM models of electric vehicles in Trinidad – sometimes the brand owners simply do not have the inclinations to service the market here because of relative size or due to their other supply priorities.

Electric vehicles are slowly entering the market in Trinidad and Tobago, and these have the potential to be green. How can you encourage the use of CNG as a green alternative to electric vehicles?
NGC CNG’s target market is the existing stock of close to 1 million internal combustion engine (ICE) vehicles. There is no commercially viable or relatively easily implemented method to make the existing ICE vehicles greener other than conversion to CNG. Since our primary market is actual existing and new ICE vehicles, the emergence of other green technologies and alternative fuelled vehicles will not significantly affect CNG vehicle conversions and/or sales, nor the use of CNG, as we expect 90% of the market to be conversions and only about 10% would consist of imported brands (OEMs).
It is important to note that fiscal incentives from GoRTT are for the purchase of new and up to two-year-old CNG, hybrid and electric vehicles below 1,599 CCS and 159 kW.

Towards the end of 2019, the Petroleum Dealers Association was threatening to pull CNG from their supplies because of unprofitability. How has this situation come about in your view, and what can be done to resolve it?
Station owners and operators receive a 25% margin on every litre of CNG sold (CNG is TTD 1 per litre), which is higher than the margins on liquid fuels. The demand for CNG as indicated earlier is growing at exponential rates, which means profitability is increasing. Yes, station owners/operators have complained recently about the high electrical cost associated with the operating of CNG equipment.
In October 2019, NGC CNG developed a mechanism to assist with this situation. The mechanism was approved by the regulator, the Ministry of Energy and Energy Industries and proposed to the station owners/operators recently. Currently this is being finalised and it will be implemented very soon.

Is there a scope for cashless payments at CNG stations, especially because the typical transaction amounts are so much smaller than those for liquid fuels?
Yes. The envisaged scope for cashless payments at CNG stations includes the use of the CNG vehicle management system (CVMS) in collaboration with a payment platform whereby CNG consumer vehicles will be equipped with a radio frequency identification tag (RFID), the tag will be configured for a validity of approximately three years or 100,000 kilometres and the unique identification will allow CNG users to create a prepaid account which will be linked to the payment platform and can be topped up at the consumers’ convenience via online, mobile app or remote locations.
The prepaid account can be utilised for cashless payments when a CNG consumer pulls up to fill up at a NGC CNG station. The tag will be read by a nozzle reader affixed to the refuelling nozzle, and once the tag is valid and the account has funds available to pay, fuel will be dispensed.
While transaction amounts per fill are lower than for liquid fuels, a CNG customer visits a station on average twice as many times as a liquid fuel customer and many of our target customers are long-distance drivers, so they will interact frequently with the system and save time and convenience this way.
The NGC CNG cashless transactions and digital payments initiatives are in keeping with the objective of providing top-notch convenience, speed and various other benefits to the station owners and consumers

What impact has the Covid-19 pandemic had on your sales and how do you expect this to continue?
During the unprecedented worldwide pandemic of Covid-19 and the subsequent stay at home regulations, the entire world has experienced a significant drop in demand for goods and services. For a six- to eight-week period, CNG sales dropped by almost two thirds. Our sales figures started to aggressively revert to normal levels even in May and we expect to be at pre-Covid sales as the country comes out of the Covid-19 lockdown in July. In fact our June 2020 sales went over 1 million lges [litres of gasoline equivalent], a figure which was first achieved in September 2019.

What are your goals for the coming year or two?
NGC CNG continues to work steadfastly at achieving our GoRTT mandate of 22 CNG supply points and 17,500 vehicles powered by CNG. We expect to achieve both figures in late 2021 or early 2022. Our primary goals are both to stimulate demand by sponsored and customer-paid-for conversions, expanding the CNG supply network and gaining more private-sector involvement and investment.
The CNG industry, which is a collaboration of state and private-sector entities, is gradually entrenching itself into Trinidad and Tobago’s transportation and motor vehicle industry. The demand for conversions continues unabated and NGC CNG is continually examining its operations and strategies to ensure the ease of doing business and accessing the fuel.
NGC CNG estimates the industry has created over TTD 800 million [USD 116 million] in economic activity for the state, the private sector and vehicle drivers/owners. Coupled with an estimated 25,072 metric tonnes of carbon emissions saved since 2014, with the use of a cleaner burning fuel, CNG is making a significant difference in Trinidad and Tobago and will continue to attract more and more users and supporters.