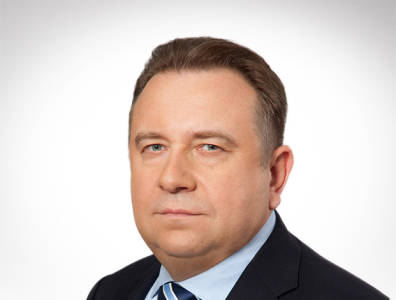 We have learned that it is profitable to operate nuclear-powered commercial vessels.

How would you assess the Russian shipbuilding industry today and its competitiveness on the global stage?
If we take the Russian shipbuilding industry in tonnage, it will represent a very small percentage of the global shipbuilding industry. This is due to Russia’s geographic constraints and the difference in terms of the state’s support. Even if we wanted to, we could not compete with China, for instance.
Nonetheless, the Russian shipbuilding industry has been growing for the past few years, especially in specific market segments, such as research vessels and nuclear-powered icebreakers, and in niches such as the ice-resistant, self-propelled research platform North Pole.
This innovative vessel is able to approach the North Pole, get stuck in the ice and drift together with the ice for a whole year. This project demonstrates that we are open to co-operation with international researchers. Once this platform is operational in 2021, representatives of 29 governments will be able to conduct research on this specialised vessel almost continuously.

What have been USC’s key activities in the past few years?
We completed the construction of the first of five Arktika nuclear-powered icebreakers in 2019, and celebrated the ceremonial launch of the Ural nuclear-powered icebreaker in May 2019. According to the contract, the ships are due to be completed by 2020, 2021, 2022, 2024 and 2026.
We have also learned that it is profitable to operate nuclear-powered commercial vessels. We benchmarked the complete lifecycle cost of a nuclear-powered icebreaker and an LNG-fuelled icebreaker, and it turned out that the nuclear-powered icebreaker was 30% cheaper than the LNG-fuelled one. A nuclear-powered icebreaker is fuelled once every 15 years and then has a constant supply of electricity, whereas an LNG-fuelled icebreaker has to be supplied every few days.
We delivered the world’s first floating nuclear power station [the FPU Akademik Lomonosov] in August 2019. We also delivered the LSP-1 fixed offshore ice-resistant platform to the Vladimir Filanovsky field for Lukoil on the Caspian Sea in 2016. This is a huge stationary platform with 240 personnel, and it is able to handle all production operations and transfer hydrocarbons to the shore. It was also the first platform in the world with a zero-discharge design.
We are building two supply vessels for Gazflot in Russia’s Far East (for operations with drilling rig project 22420), and we are working on vessels dedicated to the transportation of oil and gas products via rivers. Last but not least, we also established our own design bureau for the construction of drilling platforms and production facilities.

What are USC’s main ongoing projects in the energy industry?
One of our main priorities is the construction of nuclear-powered icebreakers, especially since Russia is celebrating [in 2019] the 60-year anniversary of its first nuclear-powered icebreaker. We are in the process of building three nuclear-powered icebreakers, and a contract was signed to build two more [for Atomflot (Rosatom)] in August 2019. By 2026, five LK-60Ya nuclear-powered icebreakers will be operating along the Northern Sea Route.
Those icebreakers can move through 2.9-metre-thick ice at speeds up to 1.5-2 knots [3.7 kilometres per hour]. Nonetheless, the key question for us is commercial speed, since we are obligated to guarantee 11-12 knots [20-22 kilometres per hour] on the Northern Sea Route.
In addition, we are going to deliver the world’s most powerful diesel-electric icebreaker this year [in 2019], the Viktor Chernomyrdin, with a propulsion power of 25 MW. This vessel, which was built in the Baltic Shipyard and the Admiralty Shipyard, is a universal icebreaker that can be used as a rescue vessel, an oil spill response vessel or an icebreaker for ice thicker than 1.5 metres.
Moreover, we have entered a segment that is new for us related to the construction of simpler ships, particularly tankers. We are conducting several tests on the tanker Academic Pashin, which was built at the Nevsky Shipyard, one of our recently acquired assets that specialises in medium-sized oil tankers.

How important is the development of an LNG fleet for USC in the coming years?
This is also an important trend for the company. We took part in Novatek’s project, Yamal LNG, and we have taken part in the construction of LNG carriers in Korea, for which we supplied ship propellers. We are also actively developing new capacities for the design and, soon, construction of bunkering vessels.
The International Maritime Organization, via MARPOL [International Convention for the Prevention of Pollution from Ships], put pressure on ship operators to reduce the volume of discharge into the environment, which supports the development of LNG-fuelled bunkers. This is why there is a demand for bunkers of 2,000 tonnes, 4,000 tonnes and 8,000 tonnes to supply other civil LNG-fuelled vessels. But at the moment, there is no infrastructure.
We signed an agreement [in September 2019] with Gazprom Neft and Gazprom Gas-Engine Fuel to build an LNG fleet and the related infrastructure. However, ship operators prefer to wait until the very last moment to see if new rules like that will be implemented. To construct the first bunker, we will need no more than two and a half years.

Which countries do you have partnerships with, and are you looking to increase your level of international co-operation?
India has traditionally been a partner of ours, and we have had great success working with Indian companies. We are also interested in increasing our mutually beneficial partnerships with Greek and Southeast Asian companies.
Our experience with projects related to nuclear-powered icebreakers and solving the challenges for commercial vessels posed by the Northern Sea Route strengthens our position on the world stage. We know how to guarantee the safety of nuclear reactors, especially in marine conditions, and we have been doing so successfully for more than 60 years. This type of experience is found almost nowhere else in the world, except perhaps in the USA.

What is your investment plan for the next five years and how do you finance your investments?
We have an investment programme of more than RUB 250 billion [USD 4.04 billion] for the next five years [2019-2024]. These investments will be financed in part by the government when the project is either too large or very challenging, and in part with the company’s own funds and credit. We have a record of good and stable financial performance that allows us to attract and close agreements with credit institutions.
Interest rates for credit in Russia are decreasing, which allows us to finance our projects without burdening our financial operations. We mainly use loans for projects that have a return-on-investment horizon of five to seven years. In addition, the Industrial Development Fund of the Russian Federation is now working very effectively, and we started working with them this year [in 2019].
Leasing services are also developing fast, and we are using this source of financing more intensively. We have our own leasing company and we work closely with the State Transport Leasing Company. However, since United Shipbuilding Corporation is one of the Russian companies under sanctions from the US Office of Foreign Assets Control, it is very difficult for us to work with companies abroad.

What is your outlook on market demand for ships and vessels for the oil and gas industry in Russia?
We believe that offshore fields offer one of the most promising opportunities for the oil and gas industry. I am hopeful that drilling in the Kara Sea will lead to the construction of a production platform, and we are also looking to build a second semi-submersible oil drilling platform.
Another important opportunity for us is the development of oil and gas production on the shelf of the Black Sea. We have experience in the Caspian Sea, and we have long-term experience providing Gazprom with supply vessels and offshore platforms.
We have also worked with various oil and gas companies in Russia to supply oil transportation equipment and infrastructure for the river-sea segment, which offers serious prospects for development. Russia has more than 40,000 kilometres of internal waterways, which allows us not only to connect different seas and cities, but also to transport various types of shipments efficiently and in an ecologically safe manner.