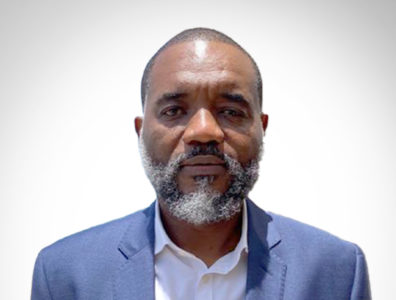 Fixing the declining oil production will be tackling symptoms. The real issue is that of lack of ownership and control of our most geostrategic economic resources.

Emanuel Bo Dontoni, president of The Angolan Indigenous Oil & Gas Service Companies Association (ASSEA), known in Portuguese as "Associação de Empresas Autóctones Para a Indústria Petrolífera de Angola," talks to The Energy Year about the challenges faced by Angolan indigenous oil and gas service companies and how they are gearing up for upcoming opportunities in the country.

What are ASSEA’s main activities?
The Angolan Indigenous Oil & Gas Service Companies Association was officially created in February 2019 with the objective of promoting indigenous participation in Angola’s oil and gas industry for the purpose of improving the economic and social well-being of local entrepreneurship.
ASSEA’s active members (50+ SMEs) are all private entrepreneurs with an accumulated 100+ years of technical expertise and managerial experience acquired through decades of national and international leadership roles with leading technology service companies, IOCs and NOCs.
One of our key mandates is to monitor measurable objectives deriving from the enforcement of local content law and ensuring that it is being met, particularly with regards to the percentage of contracts awarded to local companies.
With it, we are working closely with local authorities including the Ministry of Petroleum (MIREMPET), the National Oil, Gas and Biofuels Agency (ANPG), and the Angolan Parliament.
Our contribution derives from experiences gained in the field that can promote and contribute to meeting the objectives of the local content law.
We organise conferences, workshops, seminars, trainings, road shows and other public education and informative forums to promote recent changes in the oil and gas sector in Angola.
We provide support and consultancy services to Angolan companies with the aim of assisting them in developing their capabilities for complying with the oil and gas industry standards whilst also taking advantage of the new local content law.

How important is the local content law for Angola?
It is very important. For a resource-rich country such as Angola to assume ownership and control of the exploration and production activities in the oil and gas sector on its soil, this law and its enforcement is key.
It will help Angola harness the potential of its geostrategic industry and deliver benefits into the entire multi-sectorial value chain of its economy.
In the last 30+ years, Angola has seen a remarkable evolution of its petroleum extraction activities, mainly focusing on production maximisation, i.e. bringing barrels per day from 470,000 bopd in the 1990s to 1.8 million bopd in 2016.
Offshore deepwater Angola is the scene of an active presence of major IOCs (ChevronTexaco, Total, ExxonMobil, BP, Eni), world-leading technology service companies (Schlumberger, Halliburton, Baker Hughes, Weatherford), offshore drilling rig contractors (Transocean, Noble, Diamond Offshore, Seadrill, Valaris) and FPSO contractors.
These offshore activities were projected to channel significant levels of foreign investment into the country and spearhead the direct and indirect in-country value chain retention for the industrialisation and sustainable development of Angola.
However, the expected in-country value creation was hindered by several challenges such as lack of adequate local infrastructures, non-existent local production capabilities, weaknesses in local regulations and lack of good governance practices.
It is estimated that in the last 20 years Angola has seen an exodus of invested capital to the tune of USD 10 billion each year for payments to foreign companies for products and services sourced outside of Angola.
The recently approved Local Content Law by Presidential Decree DP 271/20 is a significant milestone and addresses these inefficiencies and restructures the oil and gas industry in Angola.

What are your hopes and expectations around the law’s implementation?
ASSEA very much welcomes this long overdue legal framework change. However, the key to success is in the enforcement of the law and not just its implementation.
It will significantly contribute to investment being retained within the local economy by empowering and encouraging an active participation of local SMEs.
Angolan indigenous service companies (100% Angolan ownership) are now granted the exclusive rights to bid for the provision of predefined goods and service contracts.
This local content milestone will drastically reduce the exodus of capital outside Angola whilst significantly contributing to the in-country value chain creation.
It will promote local manufacturing of low tear and high-volume commodities, assembly parks for equipment and consumables, upscaled logistics warehouses, construction of modern fabrication facilities and enhancement of existing ones, training centres for human capital development, research and development facilities in co-operation with local and foreign universities.

What major challenges do local companies face in Angola’s hydrocarbons industry?
The main challenge is derived from inefficiency of the regulatory framework prior to the recently approved local content law. Under that framework, the bulk of wealth creation and industrialisation contract opportunities were executed outside Angola. This weakness led to over 95% of the yearly industry expenditures escaping the domestic economy as capital flight. Despite the ever-growing number of local oil service companies, their annual gross earnings still account for less than 3% of the sector’s aggregate annual contracting budget.
Secondly, indigenous companies were stigmatised and viewed as incompetent, i.e., lacking the required skillsets to operate and therefore be given a realistic chance.
Thirdly, we see a lack of support from local banks and financial institutions, highly volatile local currency, inability to access forex and unethical payment terms from customers towards local companies (60, 90 and 120 days).
The corporate tax for indigenous companies is extremely high and ironically seems to be ever increasing as the local currency depreciates.

The government has enabled operators to award contracts of up to USD 1 million without a public tender. Has this helped local manufacturers to secure better contracts?
Under the old legal framework, operators were authorised to execute projects with budgets of up to USD 250,000, without seeking approval from the Angolan concessionaire, at the time Sonangol E.P.
For all other projects budgeted above USD 250,000, operators were required to seek approval from the Angolan concessionaire.
With time the approval became inefficient and led operators to seek an increase of budget authorisation up to USD 1 million without the concessionaire’s approval.
This was meant to stimulate the local economy through a domino effect of quick approval and contracts awarded to local service companies. Unfortunately, the impact on the ground was the opposite. In fact, a significant drop was noted for local expenditure versus an increase in foreign contracted goods and services.
Although the original intention was good, the execution by the stakeholders was poor due to an oversight of monitoring and enforcement of the local content law.
The vast majority of those small enterprises that used to operate under a turnover of USD 250,000 contracts have run out of business or filed for bankruptcy.
Nevertheless, we are optimistic and very much looking forward to the immediate enforcement of the new local content law as there are many local businesses that are hurting for cashflow at this very present time.

How can Angola fix its declining oil production?
This is a one-million-dollar question. It’s the new trend in the oil and gas community and I honestly have to say that most discussions and proposed solutions to answer this question are to some extent tackling the consequences instead of addressing the root cause of the problem with mitigating and corrective sustainable solutions.
Fixing the declining oil production will be tackling symptoms. The real issue is that of lack of ownership and control of our most geostrategic economic resources.
Today’s production of 1.2 million bopd is the result of discoveries achieved over 30 years ago. This means that if we continue with a similar trend, in the next 15 years we will see further significant drop of our production to 300,000 bopd – and that’s if we are lucky.
Our government, via the ANPG, has approved several legal frameworks and improved royalties and fiscal obligations, which were some of the concerns raised by operators hindering their further commitment with exploration and development activities in Angola. To list a few of the recent improvements: a new legal framework for the “excess exploratory gas,” a new legal framework for the “infield wells development” and a new legal framework for the “risk contract PSA.”
With all of the above, to counterbalance the declining production, several actions should concurrently be considered:
Initiate an active campaign for urgently bringing those marginal fields’ “infield wells” quickly into production leveraging existing subsea infrastructures and offshore production facilities (FPSOs) in Angola.
Secondly, have the upcoming onshore licence rounds for the Congo and Kwanza basins with exclusive rights to local companies to work under partnership/joint venture with independent mid-size international corporations with undeniable track records.
They are financially lean and robust and backed by asset management firms/private equity, hedge funds and several private financial partners.
The enforcement of local content law means empowering, equipping and consolidating local companies within the service and extractive areas of the oil industry. Countries such as Norway, Malaysia, Nigeria and Brazil have been able to significantly increase their production and reserves through the enforcement of local content law and empowering SMEs with operatorship licences with lean operating structures and faster decision-making processes.
Last but not least, there is a need for further geological and geophysical studies with seismic data collection and reprocessing with the latest advanced technologies for onshore, shallow waters, offshore acreage including deepwater, ultra-deep and even further re-evaluation of the pre-salt plays.

How can Angola improve its downstream sector?
An active downstream sector is important for the social and economic development of Angola. Current in-country existing refineries are outdated and with limited output capacity for the country.
Angola’s annual imports of refined products are in excess of USD 2 billion – mainly crude refined products, oil-based lubricants, synthetic oils and petrochemical byproducts.
Recently, new refinery EPC contracts were awarded – new construction for the Cabinda refinery and the upgrading of Luanda’s existing refinery. Those EPC projects will contribute positively to job creation and local communities’ social and economic development and provide a great stimulus for multi-sectorial economic impacts.
We foresee a tremendous growth for the downstream and midstream, leveraging on the increased refining capacity that will become available with the commissioning of the refineries and linked to a national pipeline infrastructure network coupled with in-country bulk storage capacity/tank farms.
The national distribution and retail network of petrol filling stations would need to exclusively target local entrepreneurs for value creation, economic and social development, especially at those remote locations.