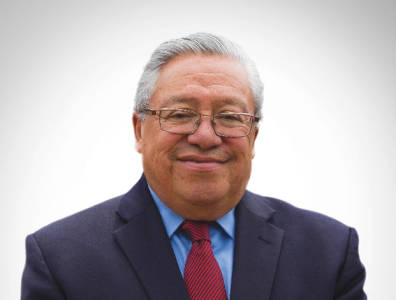 We have the tools and opportunities to develop untapped gas and oil resources for all kinds of projects, including the exploration framework to go into new frontier areas.

Germán Espinosa, president of the Colombian Chamber of Petroleum Goods and Services (Campetrol), talks to TOGY about the outlook for the domestic oil and gas industry, what can be done to attract more players and investment, and attitudes towards unconventional exploitation. Campetrol represents both local and foreign oilfield services companies operating in Colombia.

On Colombia’s competitiveness: “We need to improve the competitiveness of the country to receive local and foreign investments. The government is committed to doing that. The oil and gas professional organisations are supporting the government because it is important that new competitive fiscal terms are achieved.”

On the approach to unconventionals: “We need to understand the potential of unconventional resources. After doing that, we need to define whether we are looking at economical and technical developments, and understand how big and important the environmental and social impacts could be. Instead of reducing the debate to “yes” or “no” to fracking, we can define how, where and when to do it. The most important thing is to find a Colombian solution for fracking.”

Most TOGY interviews are published exclusively on our business intelligence platform, TOGYiN, but you can find the full interview with Germán Espinosa below.

What is the outlook for Colombia’s hydrocarbons industry in light of recovering oil prices?
This is a new opportunity for the oil and gas industry – not only for national, but also foreign investors – due to the government measures enforced recently and a lot of good signs from the market, with the oil price increase. We think this is a renaissance for the industry in Colombia after a very deep price crisis during 2014-2017.
We now have a new normal, far from the high prices of 2010-2014 that were more than USD 100 per barrel. The market did its corrections and we suffered the crisis until February 2016. Now we have barrel prices of USD 60-70 and things are very different.
All the operators and players managed the crisis in their own way. They made improvements in operational deficiencies and community relations. The industry now has a new pace, which we believe will be good ground for the continuous growth of the industry in Colombia.

What issues should be addressed to attract more players to the domestic market?
There is a lot of interest at this moment from international companies looking to come back or to be here for the first time. Of course, we need to make a lot of decisions and improvements in our oil and gas system. I think we have the tools and opportunities to develop untapped gas and oil resources for all kinds of projects, including the exploration framework to go into new frontier areas. After the peace process with FARC [Revolutionary Armed Forces of Colombia], the environment is better. We also have the potential and infrastructure to work in offshore and unconventional reservoirs.
We need the co-operation of the government and investors to move forward. A specific area is that of social conflicts in the region. The government is reforming the system that allows departments and municipalities to receive 50% of royalty funds. This is a good thing and was part of President Ivan Duque’s campaign. Also, to improve relationships with communities, the industry must offer employment and local goods and services.
We need to work on contract security in terms of environmental licensing. We have a very sound environmental system in Colombia that will be enforced. This includes the ministries of mines and energy and labour, the home office and the communities, of course.
We need to improve the competitiveness of the country to receive local and foreign investments. The government is committed to doing that. The oil and gas professional organisations are supporting the government because it is important that new competitive fiscal terms are achieved.

How are local companies positioned to offer services and products to the industry?
There’s a new pace in the oil industry. We can see that with the 132 drilling rigs in operation in 2018, whereas in 2017, there were just 83. Production is keeping pace; the government is interested in increasing the pace and recovering 1 million bopd by the end of this presidential term.
The industry is convinced that we need at least 20,000 kilometres of seismic per year, 140 wildcat wells and 1,200 development wells, which means investments of more than USD 7 billion per year. The government’s objective is to incorporate 2 billion boe in reserves, which will give us the horizon to extend self-sufficiency for four more years, at least.
I think the services companies understand that the increase in sector activity means the situation has the potential to be different from previous years. There’s an optimistic outlook, although the industry is volatile and this leads to an unstable equilibrium. We have this new normal with barrel prices at USD 60-70, which is very good news for Colombia and the industry.

Will Colombia create a longer schedule for future bidding rounds?
This is a decision the government needs to make, and I am sure it will look after the country’s interests as well as the industry’s. I think there will be different blocks offered and, if necessary, this will be combined with specific blocks for specific exploration and production activities.
Although there is a new administration in office, I think the government will be making those decisions quickly because it understands the importance for investors that are looking to engage in the industry’s activities starting in 2019.

How can Colombia maintain or boost its competitiveness?
We have a lot of things to do regarding competitiveness. One is a solution for the social conflict. The government is working very hard on this, promoting a new organic law in Congress to settle different uses of land and resources. That will change the relationship of the public and private sectors and the territories.
Another thing is the enforcement of our environmental system, with strong regional and national authorities. The environmental licensing process will be efficient and properly oriented.
Another theme is costs. I think we can do a lot in the area of transportation. All parts of the value chain will understand there’s good business to be made and will reach an agreement regarding the need to lower transportation costs to ensure a competitive domestic industry.

How has the peace process impacted the ease of doing business in Colombia?
I think we need to be patient with that process because we suffered for more than 50 years, and now we have a solution we have created locally. Some people think the pace of the process has some issues and it is necessary to solve them, but this is a matter of time. We need to be patient, but we are confident that we have established very good grounds for the process.
The security situation has improved for the oil and gas industry. We don’t have the same situation that we had over the past two years, in terms of attacks on the industry by some groups. The government needs to sit down with the National Liberation Army and achieve an agreement different to the one agreed on with FARC, which is now a political party with a presence in both chambers.

Are the industry and government interested in unconventional exploration?
It is a process of building confidence between the different players. We believe that this needs to be part of the dialogue.
On the other hand, there is a need to build confidence with the pilot projects that Ecopetrol and others have proposed, and to find out the real potential of unconventional resources and the environmental and social impact of their exploitation. Despite differences with people who are not aligned with fracking, my perception is that we are carrying out the process.
Interesting to mention is that the 5th Commission of the Senate is developing scenarios for regional dialogues between the local, regional and national governments. In September 2018, we met three times – in Bogotá, the Middle Magdalena Valley and Villavicencio – and we’ll probably have another meeting in Barrancabermeja before the end of 2018. I think this time, when we shared our points of view, language wasn’t as disruptive as in the past, and we have a chance to go forward with the pilot projects with the right information to make our own decisions.
First, we need to understand the potential of unconventional resources. After doing that, we need to define whether we are looking at economical and technical developments, and understand how big and important the environmental and social impacts could be. Instead of reducing the debate to “yes” or “no” to fracking, we can define how, where and when to do it. The most important thing is to find a Colombian solution for fracking.

Are significant pipeline expansion projects being planned?
One of the sectors with more development is midstream. Projects run by Cenit and Ocensa [Oleoducto Central] are especially making great improvements and investing in technology, delivering heavier oil in the pipes and giving a chance to the Colombian market to make better blends to export.
I think the sector is aware of the need for improvement in the midstream sector. I am not sure about expansion; it will depend on production and exploration. We have the infrastructure and a proven network of pipelines for oil and gas in the country.

Are players in the country increasingly making investments in EOR?
We have more than 4.5 billion barrels in oil reserves and have only produced 10 billion barrels in total. The average recovery factor in Colombia is pretty low, at 19%. In other Latin American countries, it stands at 22-23% and may even be higher in other regions.
This is a matter of applying new technologies. We have a very big base of heavy oil, and that means those developments will be susceptible to big improvements now that technology is developing quite fast, with different uses of gas, CO2 and other fluids you can reinject into the ground to support the pressure development of fields. Ecopetrol and other E&P companies in the country have also been very active with the use of polymer sulphate. Without a doubt, new technological developments can be applied here because we have different kinds of oil.

For more information on Campetrol’s role in the Colombian oil and gas industry, see our business intelligence platform, TOGYiN.
TOGYiN features profiles on companies and institutions active in Colombia’s oil and gas industry, and provides access to all our coverage and content, including our interviews with key players and industry leaders.
TOGY’s teams enjoy unparalleled boardroom access in 35 markets worldwide. TOGYiN members benefit from full access to that network, where they can directly connect with thousands of their peers.