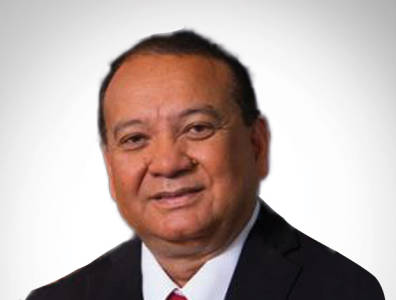 Trinidad and Tobago, with over 100 years in the energy business, is prepared and willing to work with our regional and emerging Caribbean oil and gas economies as they develop their hydrocarbons resources.

Franklin Khan, Trinidad and Tobago’s energy minister, talks to TOGY about collaboration with other countries in the region, government efforts to provide opportunities in the energy industry, the the changing LNG landscape and the significance of joining China’s One Belt, One Road initiative, as well as the areas on which the government is concentrating ahead of the 2020 elections.

• On Trinidad and Tobago‘s path: “We are now in full thrust towards a trajectory of sustained growth and development and contributing to our sovereign wealth whilst stimulating foreign direct investment in our economy. It is a clear signal that our energy sector is the place to invest.”

• On energy focus: “The government is securing investors for the new industrial estates in its drive to expand foreign direct investment, diversify the economy and to create employment opportunities for the people of Trinidad and Tobago. The focus on the energy industry is to increase production of both oil and natural gas. Initiatives to achieve this include the restructuring of Petrotrin, new competitive bid rounds and support of new investment in producing fields and areas under exploration, like the deepwater acreage.”

Most TOGY interviews are published exclusively on our business intelligence platform, TOGYiN, but you can find the full interview with Franklin Khan below.

What do recent regional energy-related deals signify for Trinidad and Tobago’s energy future?
On August 25, 2018 the Republic of Trinidad and Tobago signed an agreement with our neighbour Venezuela for the development of the Dragon gasfield. This momentous event and the co-operative efforts of our countries will provide Venezuela with a readily available market for its gas, while Trinidad will receive substantial amounts of natural gas for processing and utilisation. It is anticipated that this gas will assist in alleviating natural gas supply shortages in domestic and export industries on the island.
With respect to Grenada, the National Gas Company of Trinidad and Tobago on March 19, 2018 signed a commercial agreement with the Russian oil and gas company, Global Petroleum Group (GPG). GPG was granted approval to explore four blocks in the D band within the borders of Grenada. The region is located near Patao/Dragon in Venezuela and the North Coast Marine Area in Trinidad.
Trinidad and Tobago, with over 100 years in the energy business, is prepared and willing to work with our regional and emerging Caribbean oil and gas economies as they develop their hydrocarbons resources. The opportunity is there for the region to create a cluster of energy businesses that is fit for purpose. We have been successful in other spheres of activity as a region, and collaboration in energy should be no less achievable.
Trinidad and Tobago can share its deep and wide experiences in the management of production-sharing contracts, exploration and production licences, petroleum taxation, local content policies and programmes, and the creation of a sustainable local services sector.

What changes in legislation and taxes is the government looking at to better benefit the nation and incentivise investment from companies?
The fiscal measures executed by the government over the last three years now position our country on a trajectory of solid growth and economic development. The Trinidad and Tobago economy is projected to grow in real terms by 1.9% in 2018. This reflects a genuine economic turnaround for the country.
With respect to energy, the minister of finance conducted a review of the fiscal arrangements for the sector with the view of ensuring a fair sharing of the economic rents and the sustainability of an attractive and competitive fiscal regime for investors. A royalty tax of 12.5% was introduced for 2018. The minister of finance indicated that the current fiscal measures implemented by the government are working, and there will be no new taxes or tax increases in the next two years.

What cross-ministry efforts are being made to alleviate industry costs?
The government of Trinidad and Tobago will further strengthen the economic resilience of the country through the provision of modern physical and social infrastructure, such as highways, hospitals, ports, police stations, community centres and fire stations.
The Ministry of Energy and Energy Industries is working with the Ministry of Finance to ensure that our upstream energy sector maintains security of supply, is cost competitive and remains sustainable. The upstream energy companies have committed to spending over USD 10 billion in exploration and development activities over the next five years.
Given the investment commitment in the upstream, the gas shortages that have been a negative feature of industry operations for the last seven years will be significantly reduced. The Ministry of Energy and Energy Industries is aligned with the government’s Vision 2030, which includes better governance and better infrastructure. National Energy and National Infrastructure Development Company will continue work on the Galeota port. In addition, the Ministry of Energy and Energy Industries works with the Ministry of National Security on the Energy Security and Safety Initiative and work permits.
We are now in full thrust towards a trajectory of sustained growth and development and contributing to our sovereign wealth whilst stimulating foreign direct investment in our economy. It is a clear signal that our energy sector is the place to invest. On November 9, 2018 the Shallow-Water Bid Round 2018 was launched, with six blocks off the north, east and west coasts being offered. In addition to this, we also intend to have two more bid rounds next year [in 2019], which will include some onshore and deepwater blocks.

What is the significance of Trinidad and Tobago joining the One Belt One Road for the energy industry and other related industries?
Trinidad and Tobago is the first Caribbean nation to sign on to China’s One Belt, One Road (OBOR), otherwise known as the Belt and Road Initiative. OBOR was launched by His Excellency Xi Jinping, president of the People’s Republic of China, in 2013 and is focused on creating and improving new links, trading routes and business opportunities with China. This is in keeping with the plans of government for diversification and expansion of the economy of Trinidad and Tobago.
The National Infrastructure Development Corporation and China Harbour Engineering Company executed a co-operation agreement for the development of maritime business anchored on a dry-docking facility at La Brea in southwest Trinidad. The agreement made on September 7, 2018 will facilitate foreign investment over a three-year period and at a cost of USD 500 million.
Substantial business opportunities will be available to our citizens in the South West Peninsula, with more than 3,500 direct and 5,700 indirect jobs being created. During the operational period, the various business units are expected to create 2,700 direct jobs and 13,000 indirect jobs, including fitters, fabricators, electricians, assemblers, welders and mechanics. This facility will foster the expansion of business operations of the La Brea Industrial Estate for manufacturing and energy companies.

How can Trinidad and Tobago further benefit economically from LNG?
When we entered the LNG industry, it was a long-term business. Contracts were long-term to allow for the recovery of the investment costs. However, today’s market is medium- to short-term. Spot trading is becoming more prominent due to the amount of flexible supply in the market and the availability of suitable infrastructure.
Trinidad and Tobago shipped LNG to 25 destinations in 2017, compared to 27 destinations in 2009. Our models for marketing our LNG were constructed during a different era and have not changed to reflect the current market. Traders who operate locally have found ways to benefit from the contractual framework, such as adjustments to stated profits. Therefore, the country does not realise the true value of the economic rents due.
It must be noted that whilst the market is moving from the short-term to the medium-term period, 20-year contracts are still being drawn up for the supply of US LNG to Germany. However, to cope with a volatile market and to realise the full economic potential of our LNG, we need flexibility. This kind of flexibility is necessary to allow the market to operate with more liquidity. While liquidity and the ability to get product on demand is crucial to short-term energy security, we must be able to ensure that it does not compromise long-term energy security.
There are four LNG trains [in Trinidad and Tobago]: Train 1 began commercial operations in 1999; Trains 2 and 3 in 2002 and 2003, respectively; and Train 4 in 2005. Energy consultants Poten and Partners (UK) have identified the LNG trains as the avenue of the largest leakage of revenue from Trinidad and Tobago. The offtakers of Atlantic have derived significant advantage from the terms of their contracts.
Owing to limited transparency in the executed contracts, the marketing companies interpret contract provisions to their own benefit. Additionally, the lack of audit rights by government limits its ability to determine contract violations.
Notwithstanding these challenges, we have been actively taking steps to secure our future in the natural gas industry. The dialogue between companies and government was initiated in 2017 concerning the future of ALNG [Atlantic LNG] Train 1, as this contract expires in April 2019. ALNG Train 2, Train 3 and Train 4 contracts expire in 2022, 2023 and 2027, respectively. An empowered negotiation team was set up and has engaged Shell and BP to address these issues and to review terms of the marketing arrangements of these contracts to increase the revenue streams to Trinidad and Tobago.

With elections coming up in 2020, what are the government’s priorities with regards to energy?
The government is securing investors for the new industrial estates in its drive to expand foreign direct investment, diversify the economy and to create employment opportunities for the people of Trinidad and Tobago.
The focus on the energy industry is to increase production of both oil and natural gas. Initiatives to achieve this include the restructuring of Petrotrin, new competitive bid rounds and support of new investment in producing fields and areas under exploration, like the deepwater acreage.
In addition, there is a focus on introducing renewable energy generation onto the national grid. There have been two expressions of interest for utility-scale renewable energy, which is currently in the request for proposals stage and for waste to energy. The governance of the sector will be strengthened through the Ministry of Energy and Energy Industries’ restructuring and employment of young graduates.

For more information on planned and ongoing hydrocarbons projects in Trinidad and Tobago, see our business intelligence platform, TOGYiN.
TOGYiN features profiles on companies and institutions active in Trinidad and Tobago’s oil and gas industry, and provides access to all our coverage and content, including our interviews with key players and industry leaders.
TOGY’s teams enjoy unparalleled boardroom access in 35 markets worldwide. TOGYiN members benefit from full access to that network, where they can directly connect with thousands of their peers.