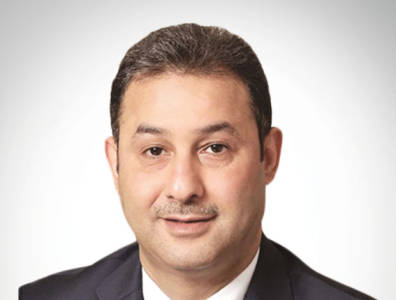 Kuwait has a lot of potential coming from new oil.

Ahmad Al Eidan, deputy CEO for West Kuwait at Kuwait Oil Company (KOC), talks to TOGY about the latest developments in West Kuwait and how the company is maintaining production in the area, as well as progress and challenges in solar. KOC is a subsidiary of state-owned KPC and undertakes exploration, drilling and production of oil and gas within Kuwait.

• On maximising production: “Maximising production is our target, and enhancing or bringing in new methods at early production facilities [EPFs] instead of going for big EPC projects is also a focus. Enhancing EPFs is much easier, faster and cheaper, but it gets the job done just the same. I can see a huge potential in West Kuwait to maximise output and reach the 2020, 2030 and 2040 goals.”

• On solar: “If we wish to achieve our heavy oil target, we cannot just depend on creating the steam through generators or normal electricity. We need to go with solar thermal. That will reduce the cost per barrel tremendously. Unconventional and heavy oil are very expensive operations. To make it worthwhile, you need to optimise.”

Most TOGY interviews are published exclusively on our business intelligence platform, TOGYiN, but you can find the full interview with Ahmad Al Eidan below.

What have been the latest advancements in the West Kuwait operating zone?
Kuwait has a lot of potential coming from new oil. There are many Jurassic discoveries in the area of western Kuwait and these new reservoirs – Kra Al-Maru Najmah/Saggelu, Rahaiah Marrat, Umm Roos Marrat, Kabd Marrat and Kahlula Najmah/Sargelu – have been transferred to the West Kuwait [Directorate]. We are working on developing the conceptual field development plan to start producing the Jurassic wells, as well as the new reservoirs, in addition to any future discoveries, which might exist within the Exploration Group.
Maximising production is our target, and enhancing or bringing in new methods at early production facilities [EPFs] instead of going for big EPC projects is also a focus. Enhancing EPFs is much easier, faster and cheaper, but it gets the job done just the same. I can see a huge potential in West Kuwait to maximise output and reach the 2020, 2030 and 2040 goals.

Are there additional elements for the field’s development plan?
We are launching an IDS [integrated drilling services] tender for 29 Jurassic wells. When I was in KOC’s Drilling & Technology department, I was of the opinion that we did not have to enlarge the KOC rig count. The IDS is a fully integrated service project that is awarded as a turnkey contract to any company that brings its rigs and drills.
We have similar projects within West Kuwait to drill 29 Jurassic wells, approved projects utilising the upcoming tender, which includes the existing reservoirs plus the new fields. Most of our fields or reservoirs are at different stages – such as the production phase and the secondary production phase – and we are entering the tertiary phase.
These are brownfields which can produce for 40-45 years. There is a huge amount of work in secondary and tertiary reproduction in terms of water injection, treatment, enhancing the facility to accommodate that water production, water handling and utilising artificial lift. In the tertiary production phase, we are now also piloting EOR techniques in the Minagish reservoir.

What are the major challenges that you are facing in West Kuwait?
The issue is maintaining production. That is hardest when you are dealing with the brownfields. When you reach the decline phase of any reservoir, the job of maintaining output takes more effort and is expensive, requiring more technology and intervention. The most difficult part for us is how to manage the reservoir.
West Kuwait has a problem with asphaltenes production. We need to deal with that. We also need to deal with H2S. These are the main challenges. Declining pressure is another, as is water management.

Are there any technologies or innovative methods employed in West Kuwait that have yielded strong results?
I am a strong believer in technology and I always push it with my colleagues in KOC management. If we do not maximise utilisation of technology, we will not reach our targets.
Kuwait is a small country and these reservoirs are in congested areas. The service companies are always looking for a solution that can be customised to your needs. Kuwait has a spacing problem, so you need a technology that can prevent the need to drill more wells and that utilises existing assets because in the future, you will not be able to drill wells next to each other due to a number of issues. That will not be solved if you are not maximising the utilisation of technology.
The KwIDF [Kuwait Integrated Digital Field pilot project] is built on technology that is based on real time and gives you the capability to act or react in the moment and not wait for the next day when you receive each well’s production log.
This is a real-time monitoring and managing of the reservoir. You have interaction with the reservoir in which you can close or shut down the jack and deal with any issue, and you can get all of this information in real time to enhance your understanding. KwIDF is needed, and that is why we started doing these KwIDF centres in every asset.
The technology is not limited to KwIDF. The world is going in the direction of utilising technology and technology development is huge. We are looking at new methods when it comes to completions, drilling and well intervention. You need to utilise your current wells and not just settle for the production of a particular well. We always look for areas of enhancement for well productivity. We are utilising many multi-stage completions, for example.
Reservoir management, well productivity, water handling, and artificial lift are the major things that we are utilising technology for to help us maximise production.

Has the Sidrah 500 solar project yielded significant results that can be translated to other renewables projects?
Yes. KOC is willing to go with solar. That gives it more strength to pursue the directive His Highness the Emir made at the UN when he promised that by 2030 Kuwait would be utilising 15% renewables for its total energy needs. Solar projects are now all over Kuwait. It is not only limited to the oil sector; everyone in Kuwait is now working on reaching the goal of that directive and promise to the world.
We are utilising a huge amount of electricity, and in remote areas we are using generators and diesel that all cost a lot. Solar is one solution to solve this. For example, if we wish to achieve our heavy oil target, we cannot just depend on creating the steam through generators or normal electricity. We need to go with solar thermal. That will reduce the cost per barrel tremendously. Unconventional and heavy oil are very expensive operations. To make it worthwhile, you need to optimise.
Sidrah was built to lower the utilisation of generators and electricity by creating a solar substation generating 10 MW that can power the EPFs and pumps in the place of generators. Technology is developing very fast. For example, that 10 MW required 25,000 square metres of land for the panels to be spread out on. With developments in the efficiency of the panels and the spacing, the same company that did Sidrah is now providing a way that the panels can be stuck together, as well as a rubber cleaner that avoids the need for such wide spacing.
We still have our own problems. Before I worked on solar, I thought Kuwait was the best country in the world for generating electricity from the sun. When I became familiar with that technology, I came to understand that Kuwait is not that good for solar because of the dust and the overheating. Above 40 degrees Celsius, the panels cannot absorb that much radiation.
Developing these panels to absorb more when they are overheated is an area to work on. The dust creates a kind of layer that can prevent the radiation from coming through. The best time for solar in Kuwait is during the winter because there is a clear sky and less overheating. Our winter is mainly sunny, but it is unfortunately short.
The intention of the oil sector is to utilise solar for all of our buildings, modify the current buildings and follow the standards for new green buildings for the upcoming ones. Because KOC has the biggest number of buildings among companies in the oil sector, we were the champion in putting together these standards. The approach that we are taking is to change all of these buildings to solar substations.

Will the West Kuwait Directorate enhance the Sidrah 500 project?
Field-wise, we are thinking about enlarging Sidrah 500 to provide more energy to fulfil the needs in the field, as well as replicating the project in other areas, such as North Kuwait. There is a proposal from the same company that built the Sidrah 500 project regarding enlarging it to 10 times its capacity. Instead of producing 10 MW we would be producing 100 MW.
Another obstruction to utilising solar has been that the large-scale batteries are not performing well. They work at a smaller scale, but at a bigger scale they are not reaching the required performance, which means that, until now, there has been underdevelopment. We are unable to preserve the energy in the battery, so at night time, we have to utilise dual sources, the grid and the substations.
So if we are going to expand the project, will we send all the power generated to the grid and simply utilise the grid? One idea is to send electricity to the grid during the day, and directly utilise from the grid. These are the questions we are thinking about now. That being said, Kuwait does not yet have the capability to transfer energy back into the grid system. There are some issues to address with solar.

For more information on KOC, see our business intelligence platform, TOGYiN.
TOGYiN features profiles on companies and institutions active in Kuwait’s oil and gas industry, and provides access to all our coverage and content, including our interviews with key players and industry leaders.
TOGY’s teams enjoy unparalleled boardroom access in 35 markets worldwide. TOGYiN members benefit from full access to that network, where they can directly connect with thousands of their peers.