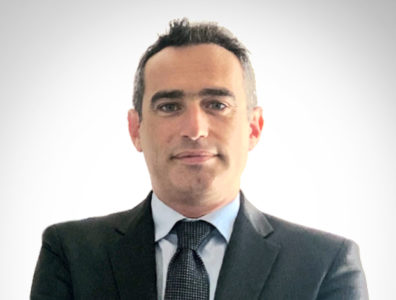 Block 15/06 has been one of the biggest success stories in the history of Eni.

On the fast track in Angola

Matteo Bacchini, managing director of Eni Angola, talks to The Energy Year about how the recent regulations on E&P activity can help Angola’s energy industry prosper and the company’s plans in the upstream, downstream and renewables arenas. Among its various activities in Angola, Eni operates the New Gas Consortium, the country’s first non-associated gas development.

How can the recent regulations on E&P activity help the Angolan energy industry prosper?
I think the overall political environment here is generating very positive changes. The country has been working hard to improve competitiveness and generate new opportunities to foster not only the traditional oil and gas activity but also the energy sector as a whole. One example is the recent legislation to provide fiscal benefits to operators developing marginal fields as a contribution to fighting the decline in oil output.
Angola has also taken a very important step for the development of a gas industry with the new legal framework for non-associated gas reserves [Legislative Decree No. 7/18]. Natural gas can provide a big boost to the country’s development and economic diversification.

What role can IOCs continue to play in helping Angola to mitigate the natural decline in production?
The IOCs will keep playing a central role in this as partners, and I can tell you there is a very positive environment of co-operation with the Ministry of Mineral Resources and Petroleum. There is also a very good dialogue both at the level of ACEPA [the Association of Oil Exploration & Producing Companies] and each company independently.
A decree was issued to incentivise the exploration activities in contracts that are already assigned. This provides additional flexibility to the operators. The country is moving in the right direction by putting in place win-win strategies.

What is the latest on activity in your operated Block 15/06?
Block 15/06 has been one of the biggest success stories in the history of Eni. We have discovered more than 5 billion barrels in a block that was basically relinquished, and we managed to achieve peak production of around 150,000 boepd [in 2018].
Beyond the pandemic, we are setting up aggressive plans to restart programmes in Block 15/06, on both the exploration and development fronts.
Recently we were granted an additional three years of exploration rights, and we want to beef up activity and create additional value out of that. We want to valorise the exploration potential of the block and also to focus on fast-track transformation of resources into reserves and production.

What are the priorities for further consolidating Eni’s long upstream presence in the country?
Angola is one of the most important countries for Eni. We have increased our acreage through onshore blocks Cabinda Centro and Cabinda Norte, as well as through Block 1/14 and Block 28, and this means we’re paving the way to future success and expanding our local footprint significantly.
Block 28 in Namibe is a frontier area, with pre-salt geological plays. We want to progress quickly into the exploration activities.

What are Eni’s competitive advantages in Angola?
It’s not a secret that Eni is recognised as a top explorer, thanks to our unique subsurface competences and proprietary state-of-the-art technologies. Also, our fast-track development approach is becoming famous – that is, our capability to quickly transform resources into reserves and production.
On top of that, we are a key player in the gas business because we are operating the New Gas Consortium, the first non-associated gas development project in the country. We are leveraging our strengths to boost this new business in Angola, together with the strong support of Sonangol and the other partners of the consortium, and in full co-operation with the authorities.

How do you plan to further strengthen the company’s presence in the downstream sector?
We are partnering with Sonangol on a project for the strategic expansion of the Luanda Refinery. Engineering is completed and the procurement of materials is well under way. Of course, the construction was affected by Covid-19, but we managed to minimise this impact. Project activities never stopped throughout the pandemic, and together with Sonangol we really made a miracle in keeping the work going. Now construction is ramping up, and startup is expected in 2022.

How is Eni collaborating with the government to diversify Angola’s energy matrix?
Eni is very committed to supporting the country in the diversification and energy transition process. Together with Sonangol, we launched the Caraculo photovoltaic plant project, in the Namibe province.
The project is divided into two phases, encompassing 25 MWp each. Phase-one project activities are progressing well: the bidding stage is completed; an EPC frontrunner is identified and the project execution is ready to start. We are working together with the authorities to complete the remaining authorisation steps in order to proceed with the FID and construction.

What is Eni’s approach to knowledge and technology transfer in Angola?
Over the last few years we managed to provide more than 20,000 hours of training with more than 700 people involved in Angola. We provided opportunities to young Angolan engineers through internships. We had more than 40 people over the last three or four years involved in this programme.
And within the support we are giving to Sonangol at the Luanda Refinery, we also provided training to 40 technicians and operators on both refinery business management and refinery operations management, as well as doing specific technical training on updating machines, processors, chemical process management and HSQE.

How can Eni Angola leverage the experience gained during the Covid-19 pandemic?
The Covid-19 pandemic and the related scenarios have been a great problem for the industry. As part of ACEPA we established strict protocols to allow business continuity, so we had to mandate quarantine and testing requirements for people going offshore. As of January 2021, Eni has not had any cases offshore. The few cases we had were detected at the social isolation barriers, meaning the protocols in place proved to be very effective.
Every evolution in human history is based on crisis. You have a crisis, and then you have a positive evolution. Upon all this suffering, we will definitely build up new opportunities by embracing new technologies and reducing costs.
Our slogan here in Angola is Nós nunca paramos – e nós nunca vamos parar. “We never stopped – and we will never stop.”