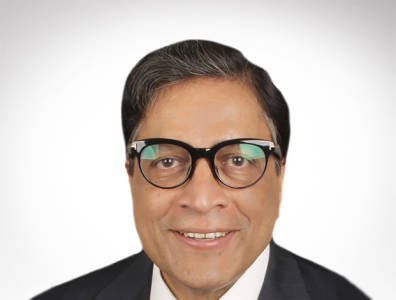 Qatar had its worst crisis in 2017 when the regional embargo against it was implemented.

Prepared for crisis in Qatar

What are some of the similarities between the current oil price crisis and previous ones?
There is no comparison in many ways. The financial crisis of 2008 did not affect Qatar a lot because it was on the rise to becoming a regional economic hub and power at the time and it had a clear vision that it needed to go forward and develop its own strengths. Qatar managed to grow as much as the UAE, and it emerged from the 2008 crisis better than many other countries.
Qatar had its worst crisis in 2017 when the regional embargo against it was implemented. That happened very fast and the country was not prepared for it. It created a lot of confusion, but the country reacted quite well. Qatar has learned a lot since then, and it has even shown that it can thrive with no regional support. Of course, Qatar is lucky to have substantial reserves. But it has also negotiated with other countries and has bought some viable relationships for a reasonable price.
Qatar has learned to be self-sufficient in many areas. There are many local products now in the supermarkets, such as new locally produced brands of dairy products, fresh and processed foods, and fruits and vegetables, as well as other essential consumables such as detergents, napkins, tissues and anything a consumer might want. So, over the past several years, Qatar has developed self-reliance.
Of course, the travel ban to regional countries was serious too, but now there are travel restrictions to a lot more countries. However, Qatar still operates charter flights to American, Australian and European destinations, although with a different schedule than normal. The cargo business is doing very well, even better than before.

Was the government’s stimulus package of USD 20.5 billion sufficient to support the economy?
The government has done so much injection already, and banks have been asked to support local industries in order to mitigate the damage of lost operations. It is definitely a relief. My company is fully owned by Qataris and has many joint ventures. The joint ventures might not get priority, but other fully Qatari-owned companies have already submitted their requests to agencies for the support that they would like to have.
There are definite trade losses because there is less consumption, but you can’t do a comparison and compensate for it. For example, I have five fashion retail outlets that have been closed since March 17, 2020. My staff members at home are trying to do some online sales, but fashion is not essential and people are only buying the basics now. In fact, we lost all of our revenue while still having 30 or 40 people to pay.
All the banks are cautious, and it is not just because of the current situation. If I were a banker now, I would also feel more of a responsibility to support my long-standing clients. But at the same time, I would have to maintain my liquidity ratio and be cautious of other issues too. On the other hand, this is a situation that they have not faced before, so we don’t know how many of them will survive. So, you cannot really blame the banks for being cautious. The banks support their clients with which they have ongoing contracts.

How has the energy services division of Dyarco been affected by Covid-19?
We haven’t seen much of an impact except for delays in the delivery of goods and services because certain types of businesses, sites and areas are closed and movements are restricted. The construction of the latest LNG train is still ongoing. The Qatargas project office in Kuala Lumpur, which leads Qatargas projects, is very active. However, actual logistics are restricted for various reasons because mobility is constrained. If we wanted to import some machinery, we would face issues because the sending country would have its own problems with exports. This would lead to a delay in the execution of engineering works.
Gas production is ongoing, but the problem there is with the buyers. Of course, countries still need gas for power generation, but power consumption has dropped by an average of 25-30%, or even by 40% in some countries. On the other hand, I have never seen such a situation in my life in which one is paid an incentive to buy a barrel of oil. Tankers are full and are just waiting for destinations, and these tanker companies are paid by oil companies to store their oil.
Business in other areas with a lot of marketing and related activity is on hold right now. They don’t need many people now, so they have laid them off or sent them on holidays until the activity comes back. Responsible employers have to support their staff in these hard times because they have nowhere to go. They are 99% expats. We pay their salaries, manage their accommodation, take care of their medical support and manage them as a whole team to ensure that there are no positive Covid-19 cases among them.
This crisis may end very soon, but even if it stays for a year, I can’t create a wound in the mind of any of my staff on top of what this crisis has already done to them. We have to try the best we can. We are learning during this situation because we have never experienced this before.

Are there any areas where new opportunities can emerge for Dyarco?
There are many opportunities in the operational area. For example, we realised that we don’t need that much office space anymore. We use one floor of our building as an office, but we gave up one-third of our space starting next month. But at the same time, we don’t compromise our efficiencies; we have just learned how to make it all work.
Given this worldwide situation, I can foresee an oversupply of real estate, especially in commercial sectors that are human driven. IT processing centres, for example, require huge office spaces and they are 90% unoccupied right now, although none of them has stopped working.
This will make them question the need for all that space and why they should spend so much on the cost of large premises. If they learn anything from this crisis, it will be this and it will help them a lot.