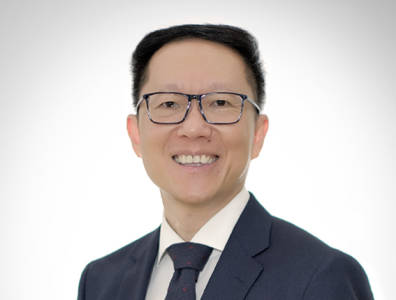 All new government projects that require vessels should have them built in Indonesia.

Eddy Kurniawan Logam, president-director of Logindo Samudramakmur, talks to The Energy Year about how Covid-19 has impacted the company’s operations and how Indonesia should shift its maritime position from market to producer. Logindo Samudramakmur owns and operates a range of offshore support vessels to support the oil and gas industry.

How has Covid-19 affected your operations, the activities of your vessels and your work offshore?
One of the issues we are facing directly because of the pandemic is the difficulty in the movement of people, especially for our crews. Some of our contracts state that we have to be there on and off, so we need to have 20 days on and 10 days off. There is a lack of flights within Indonesia. Also, some companies have started to impose 14-day quarantines for crews returning from their break. That has made it very difficult for us to handle the movement of people.
To avoid all those delays and quarantines, we are now asking oil and gas companies to accept a longer onboard time for most of our crews. I think most of the oil companies understand the situation. Most of the companies that don’t have any cases are more lenient in accepting our crews from their leave. What they do is take a rapid test to ensure they aren’t positive and some of them do a swab test, which takes a longer time to get results, around three to four days.
Another issue is repair and maintenance. Unfortunately, we also have vessels that went on an annual service in the last three months. In a few instances, we had difficulty getting expert technicians from Singapore and other parts of the world to come and ensure that the docking procedure is done in line with the standards especially for the dynamic positioning and the propeller systems. So technically and operations-wise, these are the problems we are faced with. In the meantime, meetings with oil and gas companies are done online so it is not hindering our operations at all.

Is there a special type of service or vessel that has been more affected than others by this crisis?
For the anchor-handling or tug vessels, the pandemic is less problematic because they operate only with our crew onboard so the oil majors are not concerned as they don’t have direct contact. It is more problematic when there is a lot of interaction among the crew members.

What other issues have you been facing through this crisis from management and organisational standpoints?
Most of our team know what they are doing. The chain of command is quite well established. We have good crews on board and a good management team. In fact, we take less direct field trips to the vessels to fix any problems. So, we don’t have a lot of management problems.

Did you already perceive the effects of this crisis with some clients deferring projects or slowing down operations?
Yes, the impact on us from the oil price crash is more significant. A few of our projects that were due to start in early or mid-April have been deferred. Most are contracts for handling large anchors; 120 to 150 tonnes. We have seen some exploration projects which involve the towing of a jackup rig being delayed. We are waiting for further notice from them. They are postponing to months ahead.
On the ongoing projects, most of them are requesting a lower charter rate, which is very difficult for us because we are at the bottom of the charter rate and cannot go lower. Last year, we saw the charter rate prices firming up and began to see higher utilisation from last September. We were hoping for 70% or higher utilisation this year. But with the oil price crash, now many companies are coming back to us asking for renegotiations. Some are asking for a 30% reduction, some for 15%, others for 5%.
One of the pleasant pieces of news is that in mid-May we received a circular letter from the regulatory body controlling the oil and gas sector, stating that the Indonesian government hoped that contracts would not diminish and asking all the oil majors not to terminate any contracts. I think the government needs to interfere at such a time. That’s because even with the current charter rate, which is already quite low, it should not be very difficult for oil and gas majors to break even, but if they are pushed to generate profits, they have to push us lower.
But for the government not to terminate any contracts is good for us and for the government too because when we are pushed below our costs and contracts are terminated, the crews are also going to be affected, which creates a lot of economic problems.

There is very strong competition between established local players like Logindo and international players. Do you think there could be a concentration movement on the back of this crisis?
In the last five years, since the oil and gas price crash of 2014, we have proven ourselves as a long-term player with strong working capital and our customers are happy because we are committed to providing high-quality services. Based on the feel of the negotiations that I have gone through over the past few weeks, most of our customers understand that a few hundred dollars is not an issue. They are willing to pay a premium for a high-quality service. If it comes down to just price, if they choose a player that is a few hundred dollars cheaper, they are going to suffer multimillion-dollar problems when they encounter an accident.
Going through the first stage of crisis in 2014, I think we managed to convince our customers that quality service is important. So, I cannot say that there will be a concentration but there will be a clear separation between higher- and lower-quality services. Oil and gas companies should be prepared to pay a premium compared to smaller competitors.
Over the last few years, we have also become more confident operating in this market. The Indonesian market is quite unique. It requires a lot of vessels but not those higher-scale offshore vessels. So, for big players to enter, they will probably have difficulty with the operating costs because of the nature of the small contracts here and there.

Do you see potential for development in relatively new fields such as offshore wind or further growth in LNG?
Renewable energy in Indonesia is not happening now. It will probably be over the medium to long term, and beyond 2025 we will see a significant increase in activities. I think the next stage in Indonesia will probably be LNG. LNG transportation via medium-scale LNG tankers doing the milk run to those small power plants on the east side of Indonesia will be a growing market. Wind energy is something that will probably take another five years.
I can tell you that 70% of our vessels are already serving the gas sector as a lot of projects are dealing in gas. I think LNG is Indonesia’s future energy for the next 10 to 15 years. We can play small parts in completing the whole puzzle. As Indonesia is the world’s largest archipelago, shipping will forever be part of this country. There is a lot of potential for shipping and shipbuilding.

Do you think this current crisis and its exposure to over-reliance on foreign capacities will push local capacity building for shipbuilding and other domestic technological needs?
I am also the chairman of the Indonesian Shipbuilding and Offshore Association. Since 2006, and the implementation of the Cabotage Law in Indonesia, it has been required that oil and gas ships trading between ports have to fly the Indonesian flag and must have 51% Indonesian ownership. But there was a gap in the implementation of that Cabotage Law because it only said that the ship should be Indonesian-flagged, not Indonesian built.
So, from 2006 up until now, we saw a huge influx of second-hand vessels in Indonesia from Southeast Asia, Japan and Korea and many newly built ones coming in from China. In the past 10 years, on average Indonesia has had a deficit of about USD 800 million-900 million, because on average every year we bought about 1,000 ships.
I have lobbied the government strongly, asking them that all new government projects that require vessels should have them built in Indonesia. My statement when I visit the president is for Indonesia to become a complete maritime nation. We must not only have strong shipping lines but we must also have a strong industry. If we are only strong in shipping, we will only be a market for other countries.
Indonesia is poised not to be just a market but to be a producer. First of all, local markets have a huge demand. When the industry is strong, we can build for the local demand, and excess capacity can be exported. Now, to be frank, the cost of shipbuilding is not on par with China and other developed countries and the problem still remains that 70% of the components are imported.

Is it mostly an imported raw materials costs issue or a skills shortage problem?
Quality-wise, I don’t think it’s an issue because we have a huge qualified labour force. When you talk about skills, last year we sent a few welders to compete in an Asia-Pacific competition and we came in second. So, we have a local workforce that can be trained. As far as more sophisticated installations go, we don’t have to worry: We can just call a technician to supervise the installation. We are not competitive yet, but if we keep at it after the fifth or sixth installation, we will be on par with more sophisticated nations.

As the owner of a multifaceted business, chairman of the shipbuilding association and head of the largest homegrown maritime services company of Indonesia, what is your perspective on the fallout of this crisis?
I think the world is going to be very different when we emerge from this pandemic. I am not as worried about the pandemic itself as about the economic problems that will follow. It’s not going to be for a short term, back to normal in a few months. It is going to take at least five years because the crisis is global and not just affecting the US or Europe. Driving the economy back to normal is going to take a lot of effort.
For us, we feel cashflow is very important and operating at a lower cost will not be possible because operating costs will be higher because of health and safety costs. We need to be careful of the economic situation because things will not return to normal so soon. So we just want to maintain healthy cashflow levels so we can sustain our business for the next few years.