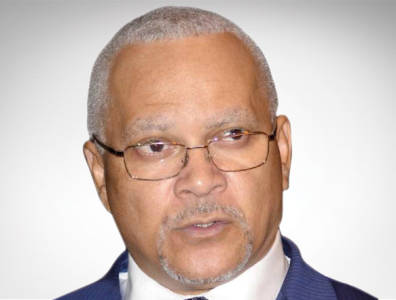 We aim to establish win-win partnerships with the largest E&P companies, as evidenced by ongoing calls for tender on the deep and very deep offshore.

Congo’s Ministry of Hydrocarbons announced its first major competitive bid round for offshore and onshore acreage in Congo on October 28, 2015, which made available 13 blocks in the Cuvette and Coastal basins. The ministry also promulgated the new Hydrocarbons Code on October 12, 2016, clarifying contract terms and granting exclusive mining rights to the Societe Nationale des Petroles du Congo. On November 2, 2016, the ministry announced a new bidding round to commence after the announcement of the winners of the 2016 Licensing Round.

• On the licensing round: “The call for tenders will lead to the allocation of blocks of our sedimentary basins to companies that have made the best offers to carry out exploration work in the next 10-12 years.”

• On the gas flaring ban: “The government values the economic diversification of the country and plans to leverage it.”

Besides touching on these topics, TOGY talked at length to Jean-Marc Thystere Tchicaya about the development of the Marine 12 FLNG project, Congo’s efforts at and challenges to attracting investors to the country, and the outlook of the industry in Congo. Most TOGY interviews are published exclusively on our business intelligence platform TOGYiN, but you can find the full interview with Jean-Marc Thystère Tchicaya below.

How can the new Hydrocarbons Code stimulate the growth of the oil and gas industry in the Republic of Congo?
The new Hydrocarbons Code, passed by the parliament on August 13, 2016 and promulgated by the president on October 12, 2016, brings flexibility and attractiveness to taxation and to the juridical, technical and operational aspects of the industry. Sensitive tax parameters such as the cost oil can now be negotiated within a range of 50-70% in border areas. Furthermore, as the guaranteed cost oil is added to this mechanism, investors will be able to recover their costs better.
In exploration, the three periods of validity can now accumulate up to 12 years of activities in the border zones instead of 10 years. This measure is very important because it gives attractiveness to the important phase of the exploration and production industry. Finally, the relevant Customs regimes are clearly defined with a range of goods and services limited to the activities related to the industry.

What are the comparative advantages that the code gives Congo over other producing countries in Africa?
Every country producing in Africa today has a code that takes into account the specific problems of its oil industry. Ours has the advantage of having been conceived on the basis of a benchmark in these African countries in addition to the benchmarks in other countries outside of Africa. It thus puts into perspective a subtle balance between the interests of investors who want to see accelerated recovery of the expenses incurred in the projects and those of the Republic of Congo, which promotes national private companies under the policies of local content and environmental protection.

Do you have an update on the 2016 licensing round call for tenders? How important is the call for tenders for the development of the industry in the medium to long terms?
The invitation to tender on the promotion of free blocks in the deep and very deep offshore domain and in the onshore basin of the Congolese Cuvette was officially launched during the later stages of 2015 and started getting momentum after the approval and promulgation of the code. We had the opportunity to make a statement about this at the 23rd edition of the Africa Oil Week Conference in Cape Town in early November of 2016.
The 29 companies registered in this call for tenders are in the process of acquiring the available data marketed in partnership with the company PGS, which assists us in this promotion. We are also in permanent contact with our juridical and technical teams for the necessary clarifications relating to these tenders. To date, the tender documents have been finalised and put on the dedicated website and the deadline for the tendering process is fixed for the end of March 2017. It is therefore following its course and the results are going to be counted and published in May 2017.
The call for tenders will lead to the allocation of blocks of our sedimentary basins to companies that have made the best offers to carry out exploration work in the next 10-12 years. This research will mobilise new technologies to evaluate deep geological data such as the pre-salt regions, which have been very poorly investigated so far. This prepares us for the future and guarantees, if discoveries are made, the renewal of reserves of liquid or gaseous hydrocarbons and the development of new deposits for the decades to come.

What is the strategy to reduce gas flaring and monetise it? What challenges do these efforts present?
The government values the economic diversification of the country and plans to leverage it. This strategy involves Decree 2007/294, which prohibits the systematic flaring of associated gas by operating companies. This is in addition to the accession of the Republic of the Congo to the Zero Flaring Initiative (GGFR) in 2012 in partnership with the World Bank, which committed itself to eliminate gas burning by 2030 on existing fields and to eliminate it systematically on new developments.
Our strategy is completed by the study of the Gas Master Plan of the Republic of the Congo, which was launched in 2015 in partnership with the World Bank. The first results arising from the application of these texts are perceptible. The share of associated gas flared decreased from 60% in 2008 to 16% in 2015. This trend has continued beyond 2015 and is fuelled by new gas recovery and re-injection projects, which should enable the country to meet its commitments to reduce its greenhouse gas emissions under the international agreements of COP 21.
The study carried out in partnership with the World Bank on our Gas Master Plan has highlighted a multitude of opportunities related to the valorisation of gas, both associated and non-associated. Apart from the use of gas for the production of electricity, the amount of which has been expanding in recent years, the other aspects of gas valuation are being studied and offer many more opportunities for monetisation.

What is the state of development of the Marine 12 FLNG project? Do you have any updates about the unitisation agreement between SOCO and Eni Congo in Litchendjili?
The New Age FLNG project is being studied and will use the gas from the developments of Marine 12’s fields. The first elements presented to us indicate that the project is economical, as was already predicted by the study carried out in collaboration with the World Bank. Through a multidisciplinary committee, the Republic of Congo is working with New Age on this structuring project that Congo will support within the framework of the activities of the Special Economic Zone of the Pointe-Noire region.
The Republic of the Congo has granted SOCO a licence to operate on the Lidongo structure, a discovery made by the company on the Marine 11 research permit. This structure of Lidongo would be a lateral extension of that of Litchendjili on Marine 12, operated by Eni Congo. If this were the case, a unitisation will have to be implemented in order to better optimise the development of this structure. To this end we have set up a team of experts who will work on this issue with the two companies concerned.

What are the biggest challenges that Congo is facing in attracting investors? How can the country deal with these challenges? Also, what opportunities do local companies have in the development of the industry of Congo?
The government created and implemented all the necessary conditions to attract investors in the hydrocarbons sector. We therefore aim to establish win-win partnerships with the largest E&P companies, as evidenced by ongoing calls for tender on the deep and very deep offshore. As far as local companies are concerned, national private companies are one of the main components of our sovereign local content policy. Through them, the country stabilises a part of the oil revenues, creates wealth and gives jobs and income to the Congolese first. These local companies, therefore, become unavoidable in any process of evaluation of our resources.

Do you believe that 2017 will change the oil and gas industry in Congo?
We are approaching 2017 with great optimism for several reasons. First, Congolese oil production will see a substantial increase following the stabilisation that took place in 2015 and 2016 and the first oil of Moho Nord, which is due in March or April 2017. The finalisation of other projects such as Néné Banga will also take place.
Secondly, there are the development of the Banga-Kayo and Lidongo fields, which received the allocation of operating permits in 2016. Thirdly, the promotion of free blocks in the deep offshore and the Congolese basin, which was a major success in 2016, will be closed at the end of Q1 2017.
Finally, there will be the promotion of the free blocks of the shallow offshore and the onshore of the Pointe-Noire region. 2017 will therefore be a year full of achievements, but there are also many promising things that will happen in the medium and long terms.

For more information on the Ministry of Hydrocarbons recent activities in Congo, such as the new Hydrocarbons Code or the current licensing round, see our business intelligence platform, TOGYiN.
TOGYiN features profiles on companies and institutions active in the Republic of Congo’s oil and gas industry, and provides access to all our coverage and content, including our interviews with key players and industry leaders.
TOGY’s teams enjoy unparalleled boardroom access in 31 markets worldwide. TOGYiN members benefit from full access to that network, where they can directly connect with thousands of their peers.