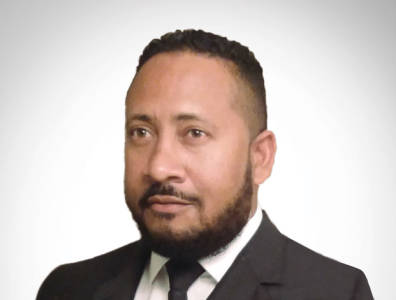 We understand the industry is at an earlier stage here and needs some assistance.

Repsol rep on oil and gas possibilities in Guyana

Ryan Ramjit, country representative of Repsol in Guyana, talks to TOGY about the company’s history and E&P plans in the country, the local regulatory environment and how IOCs can help raise the standards of Guyanese businesses. Repsol entered Guyana in 1997 to explore the Georgetown block, and the company now operates the Kanuku licence.

On raising standards: “We understand the industry is at an earlier stage here and needs some assistance. When you have companies such as Schlumberger and Halliburton opening offices here, their standard of work trickles down to services providers, improving safety standards.”

Most TOGY interviews are published exclusively on our business intelligence platform, TOGYiN, but you can find the full interview with Ryan Ramjit below.

What has Repsol done in Guyana?
We came in with a typical 10-year PSA to do some exploration and some seismic in the Georgetown block. We had four years to do some interpretation of seismic, until 2001. Around that time, there was a border dispute with Suriname, so everything froze for seven to 10 years and we couldn’t complete our work programme. I don’t think a formal force majeure was declared, but you couldn’t move forward in an area disputed by two countries. We had to wait on the ruling from the international court. Around 2006 or 2007, that was finalised.
We started planning the Jaguar well in 2009, and we eventually spudded and drilled it in 2013. We knew there was a hydrocarbons-producing system and we knew there was 38-degree-API oil because we got that out of the well. Because of the high pressures encountered, and for safety reasons, the drilling was suspended. We plugged and abandoned the well and the lease expired.
The law says you have to relinquish 50% in each phase if you don’t make a discovery. In some contracts, it’s 20%. We relinquished half of the block and started a new contract in 2013 with the area renamed Kanuku. For that contract, we did more than 4,000 square kilometres of 3D seismic between 2013 and 2017. We already had 3D seismic for half of the existing block, and now we have 3D seismic for the entire block. We’ve done the processing and have identified a couple leads we want to look at.
We have a commitment to drill one well by 2020 and then we will make a decision about relinquishing, going into development or renegotiating. The plan is to drill and find some oil in 2019, and then start looking at development planning if all goes well.

What is Guyana’s E&P regulatory environment like?
This industry is in its nascent form. We have the EPA [Environmental Protection Agency] act, the Petroleum Act and other petroleum regulations. These were written some time ago and the government recognises the need to revise some of these regulations. The government drafted the petroleum commission bill to look at monitoring, regulations and standards in the oil and gas sector.
The next phase is for regulations to be modernised. I think the last revision of the Petroleum Act was in 1992. It gives a lot of leeway for interpretation and also for better negotiations.
There is also a big remit for financial regulations.

How are international companies raising local standards?
We have a process called supplier development. We recognise local suppliers may not have been operating on the international stage, especially in oil and gas. We identify local suppliers and help them develop their standards. Health and safety is important for us, as is emergency response and crisis management. We understand the industry is at an earlier stage here and needs some assistance.
When you have companies such as Schlumberger and Halliburton opening offices here, their standard of work trickles down to services providers, improving safety standards.
This industry is one of the most regulated when it comes to health, safety and emergency response, and we invest heavily in it. You’ll see an improvement in health, safety and accident rates in the country as a result of the oil and gas industry. This industry is highly responsive and one of the safest in the world. The fatal accident rate in the industry is less than one per 100 million man-hours worked, and it has shown a marked improvement in the number of injuries and accidents.

What is Repsol’s role in Guyana’s green economy initiative?
The company’s vision is looking at where cleaner fossil fuel is and reducing our exposure. Right now, Repsol produces about 63% gas. Our reserves are 74% gas. We produce cleaner fossil fuels than most, and we are moving towards working in renewables.
Part of the UNDP [UN Development Programme] is to achieve the objectives set by the SDGs [Sustainable Development Goals] in 170 countries, and one of those countries is Guyana. Repsol is aligned to and committed to achieving the SDGs. As a company, we invest heavily in energy efficiency and renewable energy to reduce our CO2 emissions. Guyana is looking to transition to cleaner fuels for power generation, which is natural gas and eventually renewable energy. I believe the target is 2025. Repsol can provide support with technology.

What will Repsol be concentrating on in Guyana through 2019?
We are currently planning the well that will be drilled in 2019. Once we drill and log the well, there will be a major decision point. We do have other leads. We want to drill this first one, and the results will inform the others. Our data will inform how aggressively we move.
Members of our business development team visited Guyana a couple months ago and spoke to Minister Joseph Harmon, and the message was that we want to be aggressive, from seismic to drilling. This well is important; it will test our assumptions and help us plot the future.

For more information on Repsol’s projects in Guyana, see our business intelligence platform, TOGYiN.
TOGYiN features profiles on companies and institutions active in Guyana’s oil and gas industry, and provides access to all our coverage and content, including our interviews with key players and industry leaders.
TOGY’s teams enjoy unparalleled boardroom access in 35 markets worldwide. TOGYiN members benefit from full access to that network, where they can directly connect with thousands of their peers.