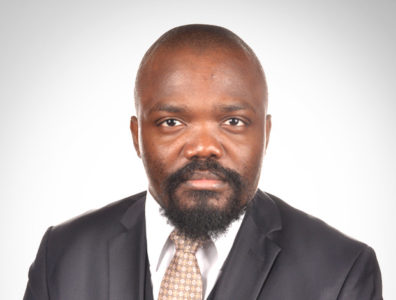 We need the private sector to take on a greater role in driving down the cost of logistics.

Léonardo Teka Nganga, president of EWS Grupo and EWS Angola, and Fabrice Despres, executive general manager, talk to The Energy Year about the state of Angola’s logistics sector, the new legal regime for local content and prospects ahead for the country’s oil and gas industry. Angolan-based group EWS provides a wide range of products and services, including oilfield chemicals and flow management technology, to customers such as Sonangol, Total and Saipem.

How do you view the future for companies active in Angola’s oil and gas market?
Léonardo TEKA NGANGA: With oil production decreasing and new investments having come to a halt, the future of Angola’s hydrocarbons sector remains uncertain. However, operations will resume sooner or later. We expect to see new investments coming into Angola and we are optimistic about the initiatives rolled out by the government to offer attractive blocks in the next five years. It’s clearly not the end of Angola’s oil and gas journey and the competitiveness of the country is understood by the whole sector as the keystone of our reality in Angola.
This competitiveness has been understood by EWS since its origins, and in this difficult period EWS has committed to delivering with quality and efficiency, relying on the Angolan workforce as an Angolan group, digitalisation of its processes and in-house research and development in chemicals – which led to our best year in terms of signature of new contracts, better than 2019, which itself was better than 2018.

What does the recently announced legal regime for local content mean for the domestic private sector and the country’s energy industry as a whole?
LTN: We have been waiting for long for this additional decree to be announced. It was originally initiated by the previous administration, and reinforced by the current administration. Similar decrees were put in place to incentivise local content development in Nigeria and Algeria, and many other African countries are pressing ahead to enhance local manufacturing.
Africa thinks as a continent and that’s a great moment in history.
This new legal framework can be helpful for local players of the oil and gas industry. It will surely step up the urgency around the fact that things have to be done differently from now on, with local development and investments.
EWS, as a local company, will continue to invest in Angola and develop people and assets locally as we have from our first days.
For so long, the international companies had an advantage over local players and Angolan companies were struggling. We hope that the approved decree will incentivise every industry player to invest in local production. Based on that, Angola will be even more competitive at an international level.

What needs to be done to enable Angola’s energy infrastructure to meet market requirements?
LTN: In order for Angola to step up its competitiveness internationally the country has to work on lowering its costs.
EWS is focused on chemicals with production, services, laboratories and so on, but one topic, often not taken into account is logistics. Extracting oil remains very expensive in Angola because of the associated subsea and transportation costs. We need the private sector to take on a greater role in driving down the cost of logistics, the main discrepancy being in payment delays to logistics companies compared to our final customers, which are also suffering from this situation.
Therefore, the approval of the new decree is a breath of fresh air for us as local companies. It will enable the country’s logistics business to be reorganised and responsibilities redistributed.
EWS has a 150-hectare [1.5-square-kilometre] base in Luanda, where we are currently developing a brand-new logistics centre and warehouses, with the objective to employ more than 2,500 people with a start of operations by mid-2021. Currently the company has already generated 230 posts for local people living around the base. This initiative, among others, will change the game and will help keep money flowing inside the country.

What have been the keys for EWS to build a sustainable portfolio of services that suits local market conditions?
LTN: As a company, we want to achieve sustainable growth while developing assets for the country. We focus our core business on chemicals and flow management, which makes up around 65% of our activity, with years of deployment in the market.
We started as a buy-and-sell company and went into developing our own chemicals services in Angola. Today, we do lab analysis and provide Angolan technicians and engineers for chemical injection to help operators achieve higher productivity on their blocks.
Our laboratory is dedicated to crude and water analysis and to the optimisation of wireline sample quality. One of our partners is Arkema, a French global chemicals major focused on industrial and speciality chemicals production. Our second major partner is IMI CCI, a leading UK-based provider of critical flow control technologies across the globe. Having high-calibre partners like these helps tremendously to enhance the transfer of skills and technology for local production in Angola.
We are also getting into the business of chemical stimulation of wells, which is a bit more difficult than simple chemical management. We see the benefit of diversifying into other areas such as well development.

What approach has EWS used to market its services in the country?
LTN: In the oil and gas sector, we have proven experience in B2B – selling products and services to other companies. As for the non-oil sector, where we have been operating for about a year now, we are currently providing locally produced disinfectants and sanitising products to fight Covid-19 via B2C [business-to-consumer]. We produce and certify products locally and use innovation to drive sustainable growth in the chemicals business, continuing to develop our track record of investments in the country. Those companies that invested locally, just like we did through our laboratory and production capabilities, are much better positioned to weather the current crisis.

What are the fundamental values guiding EWS’ business and strategy?
Fabrice DESPRES: Our company’s core values revolve around sustainable cost optimisation and shared responsibility between board and staff, across all company departments. We don’t follow a typical top-down hierarchy approach and we have a fresh, start-up mindset that helps in challenging situations.
If you delegate responsibility to only one person, you cannot capture all the aspects of the problem or the solution. We give every employee the opportunity to present their ideas and contribute to solving problems. We are continuously looking for improvements and this approach has helped us in planning, execution and increasing the quality of our daily work.
Employees are our most important asset. No company should have an operating model based on the chief deciding everything with no input from the staff. Having technical and academic skills is important, but, before anything else, our staff need to have a good and open mindset. This is what we are looking for in our hiring process. We keep on hiring valve technicians and chemical engineers from Angola, Republic of Congo and Gabon and we plan on remaining an African-centric company.