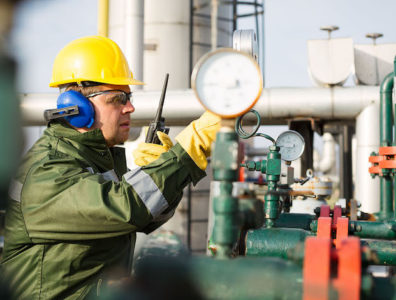 NISOC’s most important goal is increasing production to pre-sanctions levels.

This week, we looked back on some of the best companies and projects from 2016. We finish the series with National Iranian South Oil Company (NISOC) and the Republic of Congo’s onshore project of the year.

Unlocking Iran: NISOC, a subsidiary of the National Iranian Oil Company, was named Oil & Gas Company of the Year. With more than 60 large and small hydrocarbons reservoirs in an area of more than 400,000 square kilometres stretching from Bushehr to the north of Khuzestan, NISOC provides more than 80% of Iran’s crude oil and 16% of its gas.
“We introduced three oil reservoirs and nine gas reservoirs in this conference to attract domestic and foreign investors as IPC contracts,” managing director Bijan Alipour told TOGY in 2016 about the Tehran Summit 2015. Further development of promising assets is in line with NISOC’s goals.
“NISOC’s most important goal is increasing production to pre-sanctions levels and following this, continuing to increase capacity for more production. During the sanctions, the company’s production decreased due to a drop in exports. However, because of the continuous efforts of experts, our capacity and ability to produce have remained stable, and necessary plans have been designed for increasing production,” he added.

Building a base: In The Oil & Gas Year Republic of Congo 2016, the Onshore Project of the Year was awarded to the state-owned Integrated Logistics Services (ILOGS) base. This onshore base has played a key role in Total E&P Congo’s Moho Nord project – the Offshore Project of the Year – and has allowed the state to retain a part of the USD 10-billion investment made by the French super-major and its partners.
With a contribution from Total E&P Congo, ILOGS and its own partners have invested USD 60 million in the base’s expansion, which will double the quayside, build roads, develop additional storage areas and rental space and dredge the existing harbour to accommodate larger vessels.
In December 2015, Congo’s largest offshore project, Moho Nord, achieved first oil. First production, which will reach a rate of 40,000 bopd and is produced through the Alima floating production unit, was the first of the three major development phases of the project. The event was a boon to Congo’s aim of increasing oil production to boost revenues from its hydrocarbons resources. The project is slated for completion in 2017.

For a more comprehensive view, see our business intelligence platform TOGYiN. TOGYiN features profiles on companies and institutions active in thirty oil and gas markets worldwide, and provides access to all our coverage and content, including our interviews with key players and industry leaders.

In every market, the winners are the best informed: learn more about TOGYiN.