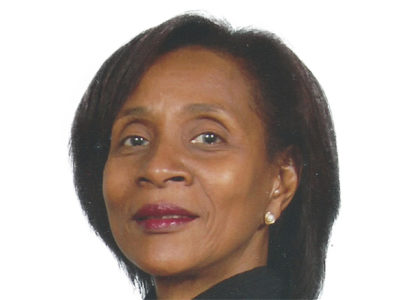 We need to discourage any monopolistic tendencies in the industry in Trinidad and Tobago.

Helena Inniss, executive director of Kronus Geological Services, talks to TOGY about the state of Trinidad and Tobago’s gas industry and how the government is addressing the country’s gas challenges. She also provides recommendations for resolving the issue. Kronus is a locally owned geological services provider founded in 2007.

On top producers: “Shell and especially BPTT will continue to have dominant positions in the Trinidad and Tobago upstream and would likely be in strong negotiating positions vis-à-vis the state, unless the state can inject a different dimension into the upstream.”

On global trends: “Shale gas is now cheaper to drill for and develop, therefore attracting investors outside of the US with the competence and willingness to enter Trinidad’s upstream is difficult.”

On the end of an era: “All the easy gas is gone. Exploration tools used to get at the less-accessible gas deposits are expensive. This, coupled with expensive drilling and development costs, demonstrates that the days of cheap gas are over.”

Most TOGY interviews are published exclusively on our business intelligence platform, TOGYiN, but you can find the full interview with Helena Inniss below.

Why is the upstream gas industry in Trinidad so uncompetitive?
In spite of the interventions over the years to make it competitive, the upstream gas sector in Trinidad and Tobago remains uncompetitive. Four upstream companies supply gas: BPTT and Shell supply ALNG [Atlantic LNG] and NGC [National Gas Company], while EOG and BHP supply NGC, which supplies the domestic market.
In terms of growth prospects, because of its dominant acreage position, operating 3,658 square kilometres in predominantly shallow water, and the prospectivity of its acreage, BPTT is the entity with the best growth prospects. Due to its purchase of proven gas assets, Shell is also likely to grow, as there are plans to revisit the Starfish development, which had experienced drilling problems, and to complete other work in Block 5d and others.
EOG Resources has limited prospects and will not be able to compete with either BPTT or Shell, unless the company gets new acreage and/or its joint venture arrangements to develop smaller accumulations in BPTT’s acreage continue. BHP Billiton currently has limited amounts of cheaper gas, but has the potential to bring on deepwater gas. This will have its challenges, unless oil is also found in abundant quantities.
In effect, this means that Shell and especially BPTT will continue to have dominant positions in the Trinidad and Tobago upstream and would likely be in strong negotiating positions vis-à-vis the state, unless the state can inject a different dimension into the upstream.

How does this situation impact NGC?
NGC operates a gas compression platform and receives 20% of SECC [Southeast Coast Consortium] production. The quantum received is negligible when compared to the amounts necessary to supply its downstream customers. The company is therefore dependent on the gas supplied by the four upstream suppliers.
BHP Billiton produces about 470 mcf [13.3. mcm] of gas per day and reinjects about half of that to maintain reservoir pressure for the production of oil. EOG Resources is producing about 556 mcf [15.7 mcm] of gas per day.
NGC needs at least another 400 mcf [11.3 mcm] of gas per day to service its existing customers, and is therefore dependent on BPTT and Shell to supply these quantities. This is an issue because of Shell’s current lower-than-projected production due to NCMA [North Coast Marine Area] and Dolphin depletion, as well as Starfish’s non-completion, and both companies’ obligations to ALNG.

How do trends in the global oil and gas industry affect the local market?
There are both external and internal issues that affect the sector. Drilling and development costs have risen almost geometrically since the 1980s, when Amoco [now BPTT] engaged in its unfettered drilling campaign. Exploration wells can cost as much as USD 60 million, and resource development – depending on size and complexity – can be as much as USD 2 billion.
Shale gas is now cheaper to drill for and develop, therefore it is difficult to attract investors outside of the US with the competence and willingness to enter Trinidad’s upstream.
There is also the belief in the industry that because of the dominant position of the incumbents throughout the value chain in T&T, there would be no market for gas from new players, even though there is a shortage. Centrica’s experience has been used as a case in point.
All the easy gas is gone. Exploration tools used to get at the less-accessible gas deposits are expensive. This, coupled with expensive drilling and development costs, demonstrates that the days of cheap gas are over.
BPTT is no longer willing to store gas and be the swing producer. This makes perfect economic sense. Why should it be the only company to be the swing producer?
NGC is caught in the middle because no company can provide cover in the event of an incident or in the case of shortfalls, such as those that have existed since 2012. The company is currently unable to supply its customers with the contracted quantities, resulting in adverse consequences.
Because of the vertical integration along the value chain and into external markets, the state is being denied its just due, as reported by energy consultancy Poten & Partners in its report on the sector.

How does the government plan to address this situation?
At the Spotlight on Energy Meeting held on March 14, 2018, energy minister Franklin Khan suggested that the mandatory relinquishments of acreage by BPTT in 2017 and 2022 would free up more shallow-water acreage for exploration and development. While I agree with the view, I do not believe that the company would relinquish any prime acreage. This would not help the country in the short or medium term.
The minister of legal affairs indicated at the meeting that a company has been formed to operate upstream assets and its intent is to develop stranded and smaller pools of gas. The structure of the company was not revealed, but I am hoping that we have learned from what happened with Trintomar, which was state-funded and proved to be a failure.

What approach would you recommend?
The state owns the upstream assets and there are pools of gas that have already been discovered. I would recommend that the state associates NGC with an upstream company whose competence is proven. The company would not be given ownership of the gas, but would be paid for its services and operatorship out of a share of production under a risk service contract. NGC would hold the title to the gas and could be fairly independent of other upstream suppliers, and hopefully, make a place for itself along the entire value chain.
Facilities and infrastructure have either been cost-recovered or offset against taxes, so the state has the right to ownership under the Petroleum Act after the licences have expired or have been determined. Clauses 16(a) and 29(4) of the act would have to be amended to allow for the government to authorise use before expiration or determination of the licence, and I would certainly recommend that.
Clause 26(1) gives the minister the discretion to declare common carrier pipelines, and through Clause 27(1), he can make an order for joint use in the case of surplus capacity.
Last but not least, to encourage competition, I suggest that competition laws be enacted so that when companies – other than the incumbents, whose operations are successful – wish to sell their assets, laws exist that allow for an examination of the position/benefit that the purchase of said company would grant the purchaser. Simply said, we need to discourage any monopolistic tendencies in the industry in Trinidad and Tobago if the country is to benefit from its ownership of the resource.

For more information on Trinidad and Tobago’s new gas developments, including the Juniper, TROC and Angelin projects, see our business intelligence platform, TOGYiN.
TOGYiN features profiles on companies and institutions active in Trinidad and Tobago’s oil and gas industry, and provides access to all our coverage and content, including our interviews with key players and industry leaders.
TOGY’s teams enjoy unparalleled boardroom access in 35 markets worldwide. TOGYiN members benefit from full access to that network, where they can directly connect with thousands of their peers.