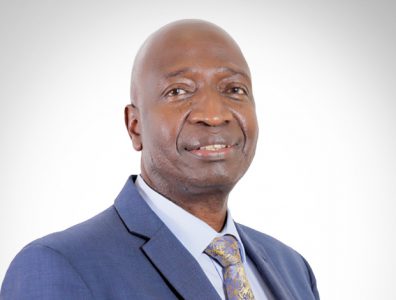 At 88%, Uganda’s drilling success rate is among the highest in the world, considering that the global average is around 25%.

Ernest Rubondo, executive director of the Petroleum Authority of Uganda (PAU), talks to The Energy Year about the competitive advantages of investing in Uganda’s oil and gas industry and the PAU’s role in advancing projects across the value chain. The PAU is a government organisation that regulates the petroleum industry in Uganda.

What are the key competitive advantages of investing in Uganda’s oil and gas industry?
At 88%, Uganda’s drilling success rate is among the highest in the world, considering that the global average is around 25%. The cost of finding oil in Uganda is less than a dollar per barrel, about USD 0.50, while global figures range between USD 5 and USD 20.
These results attest to how prolific the Lake Albert region is, and to the successful exploration and appraisal efforts, made by both government and the licensed oil companies. This together with the investor-friendly legal and fiscal frameworks in the country are good incentives for both the current and prospective investors in Uganda’s oil and gas sector.
Regarding the final investment decision (FID) for the oil and gas projects in Uganda, the issues surrounding its taking are well understood and appreciated by both government and the licensed oil companies. As the oil companies make every effort to improve bottom lines for their investments, government has an obligation of ensuring that the country achieves value from the produced oil and gas resources.
These varying interests have to be harmonised, and this is often not helped by the changing, and often falling, international crude oil prices, which have prevailed during the period of the discussions on the FID. I am glad to say that the aspects in the respective agreements, which needed alignment between government and the oil companies, were identified and have now been agreed and the licensed oil companies have commenced work in the field.

What is the mandate and mission of the PAU?
The Petroleum Authority of Uganda is a statutory body established under Section 9 of the Petroleum (Exploration, Development and Production) Act 2013, and in line with the National Oil and Gas Policy for Uganda.
The mandate of the PAU is to monitor and regulate the exploration, development and production of oil and gas in Uganda, together with the refining, gas conversion, transportation and storage of the same. This includes ensuring that oil and gas operations in the country are carried out in accordance with the relevant legislation and in line with international best practices for the oil and gas industry.
The mission of the PAU is to regulate and monitor the oil and gas sector in order to create lasting value for society and contribute to Uganda being a sound investment destination.

What have been the key steps in the development of Uganda’s oil and gas industry?
Uganda’s oil and gas industry has now been in the making for some time. Government prioritised and continues to prioritise the building of capacity of its people. This was especially important because the oil and gas industry was new to the country. In addition, significant effort has been made to benchmark Uganda’s nascent oil and gas industry with those of countries which have had an oil and gas industry for a longer time.
The country now has a good understanding of the resources it has and how the industry works – especially with regard to exploration, production and commercialisation – together with the impacts which production of oil and gas could have on the other sectors of the country’s economy.
Government undertook preliminary exploration surveys for oil and gas in the 1980s and early 1990s. These surveys provided good indications for commercial accumulations of oil and gas in the country. Thereafter, government commenced efforts to attract partners with the financial and technical capacity for the next phase of exploration, like drilling. In 2002, Heritage Oil drilled the first exploration well since the one drilled in the 1930s. Other companies like Hardman, Energy Africa and Tullow Oil joined Heritage in this more expensive phase of exploration.
The exploration of oil in the Lake Albert area progressed successfully and the estimated commercial resources in the country grew from 300 million barrels in 2006 when the first commercial discovery was made to the more than 6 billion barrels of oil equivalent discovered to date.
It became clear along the way that a lot of opportunity for oil and gas discoveries lay under the Lake Albert region. Government therefore commenced and made it a priority to put in place the policies, legislation and institutional frameworks required to enable a smooth and harmonious development of an oil and gas industry in the country. It was very important and useful for Uganda to have put in place an oil and gas policy before commencing production of oil and gas.
The National Oil and Gas Policy for Uganda was approved in 2008, the legislation was put in place in 2013 and the new institutions, which include the Petroleum Authority of Uganda (PAU) and the Uganda National Oil Company (UNOC), were put in place in 2015.
Subsequently, responsibilities in the country’s oil and gas sector were separated into: (i) the development of policy, licensing of acreage for oil and gas, together with promotion of investment in the sector, which are handled by the Ministry of Energy and Mineral Development (MEMD); (ii) monitoring and regulation of the sector, which is handled by the PAU; and (iii) undertaking business in the oil and gas sector on behalf of the state, which is handled by UNOC.
This separation of policy, regulation and business was considered as a regulatory best practice for the sector and is beginning to yield the desired benefits.

What have been the PAU’s key recent activities in the midstream and downstream?
In Uganda, the midstream segment of the value chain covers refining and gas conversion, together with bulk transportation and storage of commodities. The downstream segment of the value chain, on the other hand, covers the transportation, distribution, marketing and sale of petroleum products. The PAU currently regulates only the upstream and midstream segments of the value chain, while the downstream segment is still regulated by MEMD.
In the midstream, the Authority approved both the route and the front-end engineering and design (FEED) for the East African Crude Oil Pipeline (EACOP) towards the end of 2020. Field surveys for the acquisition of land for the 296 kilometres of the EACOP project in Uganda were concluded in 2019.
Public hearings for the Environment and Social Impact Assessment (ESIA) for this export pipeline were conducted by the PAU in the districts along the pipeline route. The public hearings were conducted as part of the effort to evaluate this ESIA in a consultative manner. This ESIA was subsequently approved by the National Environment Management Authority (NEMA) during December 2020.
In line with the plan for commercialising the country’s oil and gas resources, which was agreed between government and the licensed oil companies in 2014, the development of a 60,000-bpd greenfield oil refinery in Uganda commenced and is estimated to cost over USD 3 billion. The development of this refinery includes a 210-kilometre petroleum products pipeline between the Hoima and Mpigi districts.
Government entered into a Project Framework Agreement (PFA) with the Albertine Graben Refinery Consortium (AGRC) for this development in April 2018. This agreement provides for studies like definition of the refinery configuration, FEED and ESIA, together with other pre-FID activities like raising capital, risk analysis and establishing the supply and demand considerations for the refinery.
Some of these activities, like defining the refinery configuration, have been concluded. The FEED and ESIA studies are expected to be concluded by the end of 2021. The Authority is monitoring and regulating the progress of these activities.

How important is enforcement of local content for the PAU?
The identification and implementation of the optimal participation of Ugandans, and Ugandan enterprises in the oil and gas sector is very important for the country. The construction phases of the production facilities for the Tilenga and Kingfisher projects, EACOP and the refinery are expected to bring into the country between USD 15 billion and USD 20 billion of investment during the next four to five years. The PAU in particular and the country at large are working to ensure that a significant amount of this investment is domiciled in Uganda. Over 40% of this investment is expected to be domiciled in the country and we believe that, although this achievement will require preparation, organisation and hard work, it can be attained.
It is easy to recognise the significance of this level of investment given Uganda’s USD 37-billion GDP. A big magnitude of activity is therefore anticipated in Uganda in particular and the region at large. Other construction projects like roads, hotels, hospitals and warehouses to support the development of the oil and gas industry in the country have commenced. The investments for these support projects are being made by both the public and private sectors, and some of them have values of hundreds of millions of United States dollars.
Uganda is continuing to prepare itself to benefit from the oil and gas industry. The benefits will not only be in the form of revenues from the sale of oil but also in harnessing the economic and social impact which these significant investment projects are bringing to the development and transformation of the country.

Where do you see Uganda’s oil and gas industry in the next three to four years?
The oil and gas sector is going to join the other sectors of Uganda’s economy which are contributing to the ongoing transformation of the country. These sectors include agriculture, education, power, infrastructure and security. The governments of Uganda and Tanzania together with the oil companies signed the final agreements required for the oil projects and launched the projects on April 11, 2021.
The three projects launched – Tilenga, Kingfisher and EACOP – are individually bigger, both in size and investment, than the Karuma Hydro Power Project, which is currently the biggest project undertaken in Uganda to date. These projects are going to be concurrently implemented in the country over the next four years, before production of first oil at the beginning of 2025.
The development of a greenfield refinery in the country, whose planning has commenced and is ongoing, will also continue to progress during this period.
The development of these projects will provide significant opportunities for Ugandan entities to build capacity, to the very high standards required by the oil industry, during the four-year period of construction. These entities will provide increased employment, and also earn income from the provision of goods and services. This opportunity will increase the number of Ugandan entities which can provide high-quality services in the country, across the region and internationally.
The completion of the construction phase, after the four years, will also be the time when production of oil starts. The country will then start earning revenue from the sale of its oil and gas resources. Completion of the refinery infrastructure will enable refining some of the crude oil produced in the country into petroleum products like petrol, diesel and jet fuel, among others. This will contribute to substitution of the imported petroleum products currently used in the country, and significantly improve the country’s security of supply for these products.