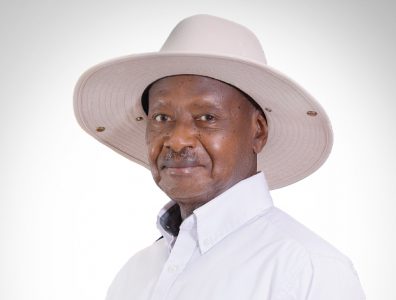 Oil is finite and exhaustible, so we should use the oil money to create durable capacity.

Ugandan President H.E. Yoweri Kaguta Museveni talks to The Energy Year about the economic transformation the country is undergoing, the role of the energy industry in building a durable capacity for continued growth and why Uganda’s human and material resources and market access make it an ideal site for investment.

How do you view the economic progress Uganda has made in recent decades?
The progress has been organic and started 35 years ago when Uganda began its recovery from the economic collapse that came with the end of colonial rule. At the time of independence in 1962, Uganda’s economy was based on what the British used to call the three Cs – coffee, cotton and copper – and the three Ts: tobacco, tea and tourism.
By 1971, Uganda was producing 23 million kilograms of tea annually. However, by 1986, after the collapse related to Idi Amin, it only produced 3 million. It was a similar case with cotton. The production in 1971 was 481,000 bales per year and by 1986 it was almost zero.
Therefore, the first task was recovery. There were a lot of shortages. There was no soap, no sugar and no textiles. All of the essential commodities disappeared and had to be smuggled in from other countries. We needed the economy to recover before we could move to expansion and transformation. You can see it quantitatively in the tea sector. In 1986, there were only 3 million kilograms produced annually, and now there are over 60 million kilograms. We have now passed the 1971 levels for all of the main commodities.

How has Uganda’s economy evolved since then?
Our economy is advancing, transforming itself and diversifying. We are now also producing new products, which is a part of the expansion. Traditionally, milk was not commercialised in Uganda and now its production has gone from 200 million litres to 2.6 billion litres annually. The same expansion has been seen with maize, bananas and other crops. The agriculture and industrial sectors have enjoyed growth and transformation, witnessed in the processing of commercial products such as cement, gold, phosphates and iron ore.
There has also been growth in services such as transportation, banks, hotels and hospitality. We wanted to host a big conference here but we needed a minimum of 7,500 hotel beds. At that time, we only had 1,500, but now we have exceeded 7,500.
It started with the recovery, then came the expansion and then the beginning of the transformation. Now we’re beginning to manufacture our own cars, buses, pick-ups and other automobiles, including both fuel-based and electric cars. We are moving towards capabilities in light and heavy engineering. We’ve also had to do work on our human resources, focusing on education and health. We used to have 2.5 million children in primary schools and now we have more than 10.7 million.
We have started the transformation but there is still a long way to go. In 1969, only about 4.6% of the households in Uganda partook in the monetary economy. According to the census of 2014, that number has grown to 32%, but that means 68% are still left out. We have succeeded in some areas, but we still have more work to do. We want universal monetisation of the economy.
This part of Africa is very rich in natural resources. It is possible for people to live a life of subsistence, but they will not live well. They think they are fine because they can survive, but we know they can live much better. The struggle is to inspire people to strive for a better life. There is a tendency in Africa to be laid back and complacent, so the people need to be woken up. They are surviving, but we want them to prosper.

In Uganda’s story of economic expansion and transformation, what role is the energy industry going to play?
The energy industry is crucial, especially because of associated industries like infrastructure, processing and fabrication. Activity will not happen if there is no electricity. Electricity and other forms of energy are essential. To ensure a supply, we are mainly working on hydro projects, while also starting to take advantage of our oil and gas.
The 6.5 billion barrels of reserves is based on exploration of only 40% of the Albertine Valley. We want to take out the 1.4 billion barrels deemed recoverable, but with improved technology we believe we can pump out even more. We are continuing to explore the other 60% and we think the quantity of reserves will go up.
We are also looking at new exploration zones in the northeast of the country. There is petroleum there, just as there is petroleum in nearby South Sudan, [Democratic Republic of the] Congo and Kenya. It is a very interesting oil zone.

What is the oil and gas industry’s potential to change Uganda?
The industry will help a lot because it is easy money for the government and will also create more jobs and related infrastructure like pipelines, the refinery and other downstream developments that will add to the economy. The government will get a share of the oil money, which will be used to build this infrastructure.
On April 11, 2021, the East African Crude Oil Pipeline (EACOP) was launched, with three key agreements being signed: the Host Government Agreement (HGA), the Share Holding Agreement (SHA) and the Tariff and Transportation Agreement (TTA).
However, oil is finite and exhaustible, so we should use the oil money to create durable capacity. This capacity will be for modernising our railways, our energy and our transportation. That will attract the business that needs this infrastructure, especially manufacturing.

What is your message to international investors?
If you are a clever man or woman and want to build wealth, Uganda is the right place. I am not inviting you because of philanthropy. I am inviting you because I want you to share with me the money-making means.
Uganda has all the raw materials an investor needs. There is also an educated, skilled workforce. There is the market of 46 million Ugandans, the 200 million East Africans and the 1.3 billion Africans that are a part of the African Continental Free Trade Area. We also have agreements for market access with the European Union, the United States, China, India, Japan and Russia.
We have it all: raw materials, labour, energy and the market. Those are the keys to success for business and profits. The return on capital in Africa is much higher than in other places in the world. If you invest your dollar here, you are likely to get more back.