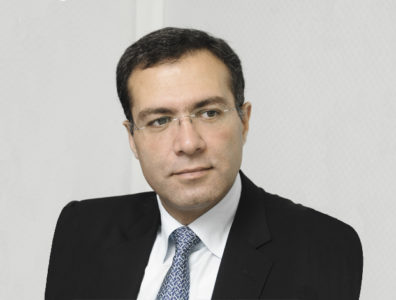 SOFAZ is responsible for the management of currency funds and the continuous transformation of these funds into a sustainable and stable source of revenue.

A wider spread: SOFAZ’s work in transparency and its evolving investment strategy

Established by former President Heydar Aliyev, the State Oil Fund of the Republic of Azerbaijan (SOFAZ) is the country’s sovereign wealth fund, charged with managing the revenue from short-run oil and gas exports as well as acting as a stabilising buffer for the domestic economy. Shamar Movsumov, SOFAZ’s executive director, spoke to TOGY about the fund’s work in transparency and evolving investment strategy.

How has SOFAZ been involved in the Extractive Industries Transparency Initiative (EITI)?

To further its transparency initiative, SOFAZ hosted an international conference for the 10th anniversary of Azerbaijan’s affiliation with the Extractive Industries Transparency Initiative (EITI) in September 2013. Azerbaijan’s achievements in implementing EITI standards and contributing to the broader advancement of the EITI agenda were among the topics discussed at the conference.

In 2014, the EITI Commission, along with local and foreign extractive industry companies operating in Azerbaijan and a coalition of non-governmental organisations, signed a new memorandum of understanding that will launch a new reporting cycle in accordance with EITI standards. This agreement represents a significant step in the country’s transition to the new standards.

How will SOFAZ’s transfers to the state budget develop as the economy diversifies?

The fund accomplishes its stabilising role by protecting the economy from the negative effects of large currency inflows. SOFAZ is responsible for the management of currency funds and the continuous transformation of these funds into a sustainable and stable source of revenue.

According to the forecasts of Azerbaijan’s Ministry of Finance, the transfers from the oil fund to the state budget are expected to diminish with the aim of reducing dependence on the oil and gas industry. Additionally, the ongoing policy of economic diversification has boosted the share of Azerbaijan’s GDP that comes from non-oil industries, and this figure is expected to grow further in the medium term.

According to reports and forecasts from the Ministry of Economy and Industry, the non-oil share of the country’s GDP, which is among the country’s priorities, reached 56.6 percent in 2013. This positive trend is anticipated to continue for the next four years, with the GDP share from non-oil industries expected to reach 63.2 percent in 2015 and 71.3 percent in 2018.

The growing importance of non-oil industries considerably decreases the potentially negative effects of oil price fluctuations and prepares the economy for a post-oil era by continuously reducing our reliance on petroleum.

How has SOFAZ’s investment strategy evolved?

In accordance with the October 2011 amendments to the original 2001 presidential decree that kicked off SOFAZ’s operations, new investment tools have been added to SOFAZ’s investment portfolio in order to achieve better diversification and higher risk-adjusted returns.

According to the fund’s current investment guidelines, the overall portfolio can consist of debt obligations and money market instruments, equity, real estate and gold, at 80 percent, 10 percent, 5 percent and 5 percent proportions, respectively. SOFAZ will continue to further diversify its investment portfolio, by taking into account new investment opportunities.

SOFAZ’s investment strategy has evolved from conservative value preservation to riskier return enhancement. As part of this progress, the fund was given a presidential mandate to diversify its portfolio across new asset classes such as equities, real estate and gold. Apart from the aforementioned asset classes, SOFAZ has diversified its investment portfolio across currencies as well, by including the Australian dollar, Turkish lira and Russian ruble.

ABOUT SOFAZ: Since 1999, SOFAZ has been steadily increasing its assets and its role in the country’s diversification strategy. As of July 2014, it had transferred 51.3 billion manats ($65.3 billion) to the state budget, increased its assets up to $37.6 billion and acquired around 30 tonnes of gold. The fund has been instrumental in supporting several of SOCAR’s oil and gas projects for the countries overall economic development such as the Trans Anatolian Pipeline ($1.02 billion share), the STAR Oil Refinery Complex in Turkey ($475 million share) and the new semi-submersible drilling rig being built by Caspian Drilling Company (maximum budget limit $1.1 billion).