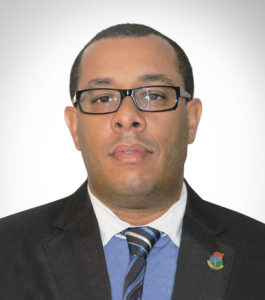 Some of the demands placed on EG are related to the creation of an associations law or an NGO law.

TOGY speaks to César Hinestrosa Gómez, director general of the Extractive Industries Transparency Initiative (EITI) & Industry at the Ministry of Mines, Industry and Energy about the importance of communication between the government and civil society, the reasons the government’s previous efforts to join EITI were unsuccessful and the steps being taken to move ahead with the process.

How has Equatorial Guinea’s bid to join EITI progressed over the past year?
We are currently working on the requirements to comply with EITI. The requisites that are ready are those regarding the government’s declaration of intentions to implement EITI and the appointment of a representative of the government to lead a multi-party national commission. However, there is still work to be done with civil society, the collection of non-governmental and non-business organisations and institutions that represent the interests of the citizens of EG.
Some points related to the constitution of the national commission will also require work. The national commission is already in place but there are extra requirements to comply with. By the end of the first half of 2016, we expect to have sorted them out.
Some things do not entirely depend on the EITI implementation process or the Ministry of Mines, Industry and Energy (MMIE), but if we can reach an agreement with civil society, that would be very beneficial.

Why was EG’s bid in 2007 and candidacy in 2010 to join EITI not successful?
Equatorial Guinea’s validation report was one of the best ever presented to EITI. Unfortunately, there were some formal errors, and EITI didn’t give the extension to present the documents in the correct format. This was clearly detrimental for us.
One of the main mistakes we learned from regards communication. The best way to deal with this process is to have a constant line of communication between the government and civil society. It’s vital to reach a consensus between all agents in the country. Some demands are legitimate, but the MMIE has limits to what it can do.
Some of the demands placed on EG are related to the creation of an associations law or an NGO law. These are issues that most societies in the world want to talk about, the difference being that civil society is a relatively new concept in Equatorial Guinea, as it is in most of Africa. Not even our fundamental law considers it a formal entity.
It’s complicated to implement things we are still trying to grasp. That does not mean the government should not respect civil society, but right now we are on a common path where we must learn to understand each other and advance together.

What are the main milestones ahead in the process to join EITI?
We intend to present our candidacy in second half half of 2016. Once we do that, the technical work and discussions will begin. EITI should consider our candidacy at their next administrative board, hopefully before the end of 2016. After that, we will have 18 months to present our first report and 30 months to present the validation report to be accepted as an EITI member.

What does joining EITI mean for the people and government of EG?
To put it simply, entering a transparency organisation is an act of striving to be more transparent. This generates a climate of confidence not just for the economic agents that are already in Equatorial Guinea, but also for others who may come to the country in the future. Transparency means more certainty in every aspect. Besides the EITI process, the government’s development plan, Horizon 2020, clearly defines the steps that we must take for successful governance.