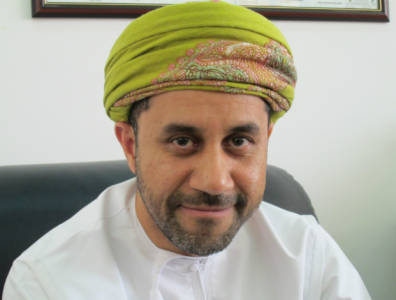 We are particularly interested in inviting companies that possess up-to-date technology to unlock offshore oil and gas plays.

The Ministry of Oil and Gas in Oman is aware that rising production costs will pose new challenges for the country’s hydrocarbons industry. Saleh Al Anboori, director of the ministry’s petroleum investments, claims Oman must apply the latest oil and gas technologies if it is to sustain its hydrocarbons production rates in the years to come.

What is the ministry’s strategy to ensure the long-term sustainability of the country’s oil and gas industry?

To sustain and increase the country’s output over the long term, Oman has to pledge funds in the development of shale and tight gas, hydrocarbons at greater depths and higher pressure, as well as enhanced oil recovery projects. We also have to make sure that we replace whatever is being produced and for that we need to sustain a reserve replacement ratio of at least 1. We can do this through extending the life of the existing fields as well as encouraging companies to come and explore new areas in the north of the country.

Oman’s partnerships with international companies such as Shell and BP have benefitted our oil industry, especially in applying enhanced oil recovery technologies and fostering the development of unconventional gas and shale oil reservoirs. Projects such as steam injection at Occidental Petroleum’s Mukhaizna field and the Qarn Alam fields operated by Petroleum Development Oman (PDO), the miscible gas injection at Harweel and the polymer flooding at Marmul, also PDO projects, are going to help to increase production. PDO’s thermal enhanced oil recovery project at the Amal West field in southern Oman has been working successfully since operations began in May 2013.

We are looking at replicating the Amal solar project in some other areas in the country so we can free up additional amounts of gas by using solar power. That gas can be transferred to the power sector or used to supply new industries. We will try to make use of whatever new technology becomes available so that we can sustain production.

The government is hoping to award additional blocks in 2014. What kind of companies will be invited to tender?

After signing the production sharing agreements with France’s Total for the deepwater block 41 and Omani company Petrogas for onshore block 55 in 2013, Oman will continue to offer open blocks to the market. The Ministry of Oil and Gas is always looking for companies that have the best work programme and are technically and financially capable of pursuing large-scale oil and gas developments. We are particularly interested in inviting companies that possess up-to-date technology to unlock offshore oil and gas plays.

Oman has made tremendous efforts to introduce more revolutionary production technologies as well as a growing the diversity of operators over the past years. For instance, the country now works with advanced subsurface imaging technology. PDO has recently renewed its seismic imaging services contract with France’s CGGVeritas, confirming the majority state-owned company’s appetite for exploring new territories in the sultanate. We are now better positioned to analyse the complexity of reservoirs and sweet-spot the areas we think have high oil and gas potential.

How important are flexible contract layouts when drafting agreements with new operators?

The contracts signed for the country’s open blocks differ greatly from one to another. This is mainly because each of the sultanate’s areas has its own particular geology and geography, and for some areas there is a wealth of information available while others are still considered virgin territories. We try to treat each block or concession with reference to the information the ministry has managed to acquire. It also depends on how the investor sees an area. For instance, we might label a block as difficult to extract, but the investor has a particular technology in place that has already been implemented in other parts of the world and which would help to explore the area in question successfully.

In January 2014 the ministry launched the Joint Supplier Registration System (JSRS). How did this system come about?

The JSRS was introduced to significantly simplify the oil and gas supplier registration processes through the use of a single window registration structure. At the moment, certain operators have their own list of suppliers that they tend to use for their projects. With the JSRS, suppliers will no longer have to be registered on the vendor list of major oil and gas companies such as PDO or Occidental Petroleum.

Instead, they will be gathered in a single pool, which is constantly connected to all the operators who in return can access the information on suppliers any time. After suppliers have been checked, prequalified and added to the common platform, operators can decide whichever supplier they choose to work with.