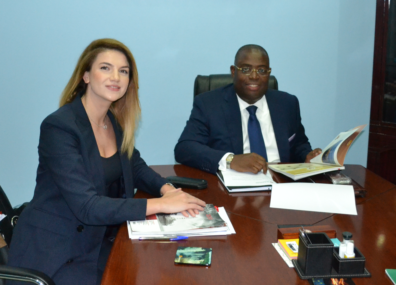 LUANDA, February 26, 2019 – The Association of Service Providers of the Angolan Oil & Gas Industry (AECIPA) signed a partnership agreement with TOGY on February 21, 2019, to support the production of TOGY’s sixth book on the Angolan energy market.

TOGY will highlight the initiatives and reforms being carried out by President João Lourenço, as well as Sonangol’s Regeneration programme and the creation of the National Oil and Gas Agency, Angola’s new oil and gas regulator and independent concessionaire. The book will gather the latest developments on the finalisation of the Kaombo Sul project, as well as on the upcoming Zinia, CLOV, Dalia and Block 15/06 projects. The Angolan downstream sector will also be featured in depth, as the country embarks on the revamping process of the Luanda refinery, and sets out to construct two more refineries in Lobito and Cabinda, which will represent an expected increase of 260,000 bpd in Angola’s refining capacity.

TOGY will focus on the strengthening of local content policies and initiatives in Angola, and will delve into how technology transfer can be ensured in order to create a sustainable and growing national involvement in the Angolan oil and gas value chain.