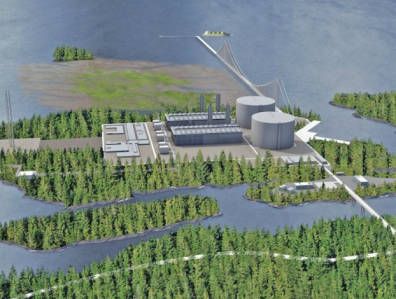 OTTAWA, September 28, 2016 – The Canadian government approved plans late on Tuesday for the construction of an LNG liquefaction and export terminal in British Colombia, ending a three-year wait for project leader Petronas.

Canada’s approval for the USD 27.2-billion Pacific NorthWest LNG project will mean Petronas can now study the government’s plan. “The announcement was just made this morning. We need time to look at the conditions, and then we will have a review of the project,” Petronas president and chief executive Wan Zulkiflee Wan Ariffin said.

The Canadian government, led by Prime Minister Justin Trudeau, stressed the project would be executed without sacrificing the environment, in reference to concerns over a nearby salmon habitat and opposition from environmental groups.

“As the prime minister has emphasised, the only way to get resources to market in the 21st century is if it is done sustainably and responsibly. Today’s announcement reflects this commitment,” Environment Minister Catherine McKenna said, adding that the plan included a “hard cap” on emissions.