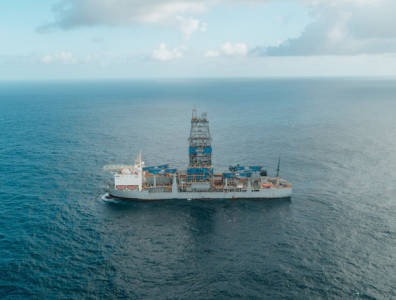 GEORGETOWN, April 19, 2019 – An ExxonMobil-led consortium has discovered oil through the Yellowtail-1 well in Guyana’s offshore Stabroek block, the super-major confirmed in a press statement on Thursday.

Drilled to a depth of 5,622 metres, Yellowtail-1 hit 89 metres of high-quality oil bearing sandstone reservoir in the block’s Turbot area, where five other discoveries have been made. The find was ExxonMobil’s 13th in the block since it began drilling there in 2015.

The company aims to use at least five FPSOs to exploit Stabroek’s more than 5.5 billion boe in reserves.  First production is expected in 2020 from the block’s Liza phase one development, Liza phase two is scheduled to come on line in 2022, followed by Payara in 2023.

ExxonMobil operates the block with a 45% interest. Its partners there are Hess (30%) and CNOOC subsidiary Nexen Petroleum Guyana (25%).

Oil traders wait for Trump action on Iran
Next