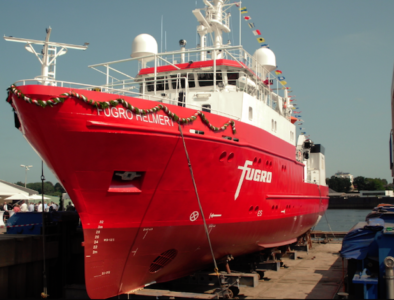 LUANDA, March 2, 2021 – Eni Angola has contracted Dutch offshore geotechnical survey provider Fugro for geotechnical and environmental surveys offshore Angola at the Agogo field and for New Gas Consortium activities in the near shore.

The surveys are to take place until May 2021, the Dutch company said on Monday, confirming that two of its vessels are already active in the region.

Multipurpose survey vessel the Fugro Scout, designed for seabed sampling and in situ testing in water depths up to 3,000 metres, has started a deepwater environmental survey to acquire, analyse and interpret sediment and water samples from Eni Angola’s Agogo field development.

For the latest on Eni’s activity in Angola, read our interview with managing director Matteo Bacchini.