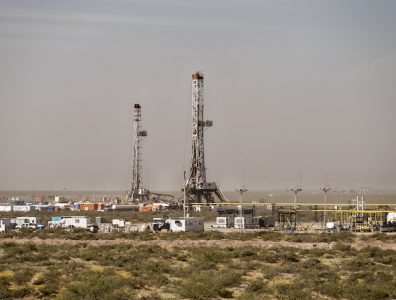 The deal was revealed by the Argentine company in a statement on social media last week.

Horacio Turri, Pampa Energía’s executive director for exploration and production, and Sergey Derkach, commercial liaison of the Russian Embassy in Argentina, signed a confidentiality agreement last month under Gazprom and Pampa Energía will develop investment and development plans, particularly in the natural gas realm, for fields operated by the latter in the Vaca Muerta shale play.

Pampa Energía has offered Gazprom an investment portfolio that includes the El Mangrullo and Sierra Chata fields. Pampa Energía is strengthening its foothold in Vaca Muerta through the construction of its second shale gas treatment plant, which will be built in El Mangrullo with a capacity of 4.8 mcm per day.

The Argentine company has committed USD 250 million in investments over the next four years under the government-sponsored Plan Gas.ar, which aims at increasing the local production of natural gas and reducing imports. The investment will increase Pampa Energía’s natural gas production by 28%.

In late 2020, the company sold its shares in EDENOR, one of the largest energy distribution companies in the country, in order to carry out an investment plan for natural gas exploration and production in shale and tight formations in the Neuquén Basin.

“The number one goal is to substitute natural gas importation,” Turri said in the Energy Forum digital conference in mid-July 2020. “We have the world’s second-largest shale gas reserves and we are still importing LNG from Qatar.”

Gazprom and Argentine NOC YPF were in talks in 2016 for the Russian giant’s entrance in Vaca Muerta but the negotiations did not pan out. Currently, Gazprom has no presence in Argentina, but the company is redesigning its global strategy, closing down operations in Venezuela, India and Tajikistan in order to expand to new markets.

According to the Sputnik News Agency, Derkach said that the area of co-operation will not be limited to hydrocarbons, and that it can reach other areas of mutual interest. He noted that Russo-Argentine relations are having a great moment, highlighting the role played by the Sputnik V Covid-19 vaccine, developed by Russia’s Gamaleya Institute and acquired by Argentina.

Repsol starts construction on its biggest wind project
Next