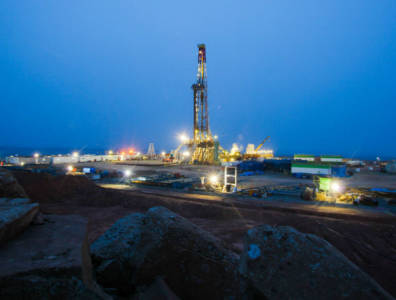 ERBIL, January 26, 2018 – Genel Energy saw its oil and gas production drop by 7% in 2017 and anticipates a further decline in 2018 as it focuses resources on developing two gasfields in the Kurdistan Region of Iraq.

The company’s efforts to find a partner for developing the Miran and Bina Bawi gasfields have been hampered by the region’s conflict with the Iraqi federal government, Reuters reported on Thursday.

CFO Esa Ikaheimonen told Reuters that Genel is concentrating efforts on the joint gasfield development after a recent study increased the project’s estimated total gas resources by 40% to 14.7 tcf (416.3 bcm).

“Things are not on hold when it comes to Miran and Bina Bawi … The referendum did not accelerate anything but it is not bad news for Genel,” the report quoted Ikaheimonen as saying, in reference to September’s independence referendum, which led to months of conflict with Baghdad and sanctions from neighbouring countries.

Egina FPSO arrives in Nigeria
Next

US authorities to investigate well blast