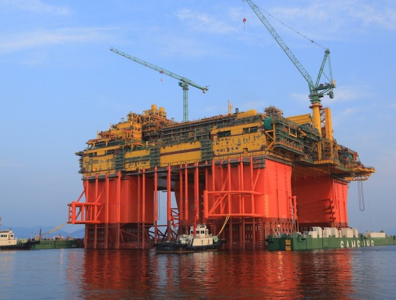 The 120,000-tonne Ichthys Explorer, built at Samsung Heavy Industries’ Korean shipyard, is scheduled to serve as the central processing facility for the project for the next 40 years.

“The safe completion of the 5,600 kilometre tow of the Ichthys Explorer from South Korea to the Ichthys Field, located 450 kilometres north of Broome, is another significant milestone for the Ichthys LNG Project,” Louis Bon, the Ichthys Project’s managing director, said in a statement.

“The Ichthys LNG Project incorporates some of the world’s largest and most advanced offshore facilities with a continuous operating life of 40 years.”

Gas from the platform will travel through an 890-kilometre pipeline to an onshore LNG facility in northern Australia, Inpex added in its press release.

The Ichthys project is expected to come on stream in September.