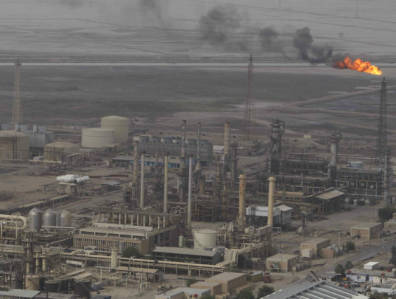 BASRA, July 27, 2016 – The Japanese government has made USD 2.1 billion available for the rehabilitation of the Basra Refinery in southern Iraq, local media reported.

In comments published in Al Mada Press on Tuesday, the head of the Basra Governorate Council’s oil and gas committee, Ali Shaddad, said the rehabilitation programme would include the addition of a 20,000-bpd petrol hydrogenation unit and a fluid catalytic cracking unit.

“These projects are designed to bring daily production at the refinery to about 4,500 tonnes of high-quality petrol, about 27,000 barrels of fuel oil and 40,000 bpd of hydrogenated diesel, in addition to the production of 500 tonnes of liquid gas,” Shaddad was quoted as saying.

Japan, through the Japan International Co-operation Agency, has financially backed revitalisation work at the Basra Refinery twice before, in 2008 and again in 2012. In April 2015, French project management, engineering and construction company Technip, in partnership with Japanese engineering consultant Unico, was awarded a project management consultancy contract on a reimbursable basis for the upgrade work.

The Basra refinery has seen a considerable decline in its processing capability over the years, falling from its original 210,000-barrel- per-day design capacity to 135,000 bopd of effective daily processing capacity.

Japan’s agreement on the loan, which is to be repaid in 40 years at an interest rate of 2%, followed a July 19 discussion in the Iraqi cabinet, which signed off on the project.

CNPC’s Changqing on track for target
Next