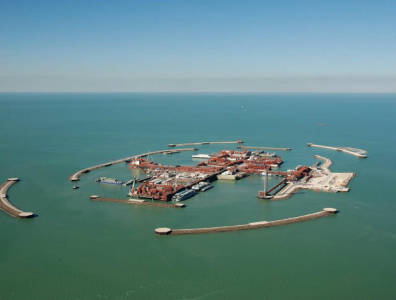 VIENNA, December 12, 2016 – Brent futures rose above USD 57 a barrel on Monday, the highest level since July 2015, after non-<a href='https://theenergyyear.com/companies-institutions/opec/’>OPEC members agreed over the weekend in Vienna to cut their production by some 558,000 bopd next year.

Saudi Arabia also surprised investors on Sunday by announcing that it was planning even steeper cuts than it had agreed to at the OPEC meeting on November 30.

“I can tell you with absolute certainty that effective Jan. 1, we’re going to cut and cut substantially to be below the level that we have committed to on Nov. 30,” Saudi Oil Minister Khalid Al Falih told journalists.

Despite the excitement on the market and the oil price rally, many analysts remained sceptical about the prospects of a proper implementation of the deal, especially over a longer period of time.

“There are too many moving parts for OPEC’s new policy to be sustainable in the long term,” said Barclays in a Monday note, quoted by Reuters. “The strategy is bound to overshoot, in our view, leading to lower prices in the second half of next year.”

Congress’ OK for Exxon CEO not a given