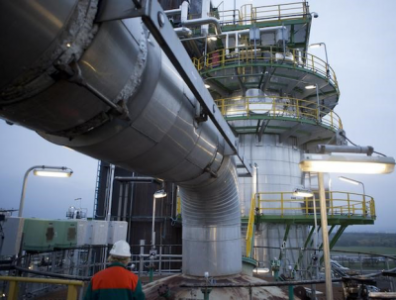 LONDON, April 3, 2020 – Oil prices fell on Friday morning in Asia as investors express doubts about a US-mediated truce between Russia and Saudi Arabia.

US Crude Oil WTI Futures jumped almost 25% in the last session as US President Donald Trump tweeted that Saudi Arabia and Russia had agreed to a cut of “approximately 10 million barrels, and maybe substantially more.”

He added, “If it happens, will be GREAT for the oil & gas industry!”

Saudi Arabia also called for an “urgent” meeting between OPEC and its allies via the Saudi Press Agency yesterday. But the black liquid could not hold onto its gains as International Brent Oil Futures dropped 1.55% to $29.17 by 9:57 PM ET (2:57 AM GMT) and U.S. Crude Oil WTI Futures slid 4.42% to $24.2.

Investors expressed doubts that a deal is too little, too late.

“The challenge though is the size of the oversupply problem. Saudi Arabia and Russia won’t single-handedly remove for instance half (5 million bpd) of their [country’s] oil production to save the potential 10-12 million bpd of upstream shut-ins required to balance the market in the second quarter,” Rystad Energy’s head of oil markets Bjornar Tonhaugen, said to CNBC.

Analysts also doubted that the two producers would reduce supply if other big suppliers such as the US and Canada did not follow suit.

“At best, we believe parties will agree to continue discussing and monitor the market situation,” Tonhaugen added.

Oil up on hope of a Saudi Arabia, Russia deal
Next