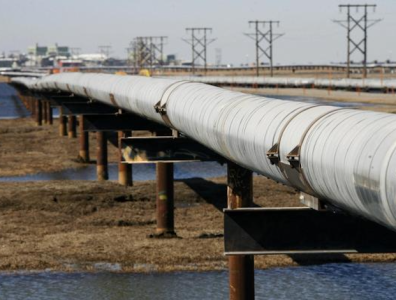 LONDON, March 10, 2021 – Oil was down Wednesday morning after falling from recent multi-year highs, as technical indicators signalled that the black liquid’s rally went too far and was too fast.

Crude’s rally “just kept pushing and pushing and pushing … then we had the Organization of the Petroleum Exporting Countries (OPEC) surprise and the Saudi attack, triggering the last key surge where now a lot of the recovery and demand expectations due to the vaccines’ success has already been priced in,” Oando Corp. senior market analyst Edward Moya told Bloomberg.

The output cuts from OPEC and allies (OPEC+), in force until the end of April, are widely viewed to hold the market over until fuel demand recovers, despite the widely expected short-term technical dip.

Some investors were skeptical that output cuts could lead to further price gains, however.

Further price gains from output cuts “have pretty much run their course … you can tighten as much as you want, but if you destroy the refining margins and product demand isn’t there, then effectively you don’t really get much further up the chain,” RCMA Group Chairman Doug King told Bloomberg.

Supply-wise, Tuesday’s US crude oil supply data from the American Petroleum Institute showed a build of 12.792 million barrels for the week ending Mar. 5. Forecasts prepared by Investing.com had predicted an 833,000-barrel draw, while a 7.356-million-barrel build was recorded during the previous week.

Investors now await supply data from the US Energy Information Administration, due later in the day.

Meanwhile, routine maintenance work on North Sea oil fields is restricting supply to Asia from some Atlantic basin supplies. North Sea supplies will continue to be significantly constrained throughout the second quarter due to maintenance.

H2Pro to make green hydrogen for $1 per kg
Next