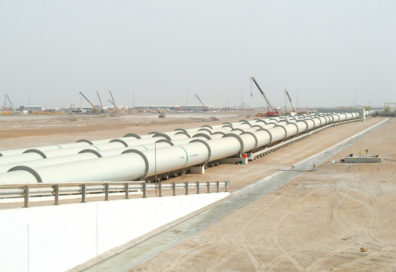 ABU DHABI, July 9, 2014 – US multinational Occidental Petroleum has ceased its efforts to sell an $8-billion minority stake in its Middle Eastern operations to raise cash for drilling operations and the repurchasing of shares.

The firm, which has developed and undeveloped oil and gas assets of more than 20,000 square kilometres, will instead attempt to break some of the acreage up and sell smaller stakes.

A consortium featuring state oil companies from Abu Dhabi, Oman and Qatar was initially said to have shown interest in a 40-percent stake of the assets, according to people with knowledge of the matter.

However, a rift opened between Qatar Petroleum and other parties interested – Oman Oil and Abu Dhabi’s Mubadala Development Company – over Qatar’s support for the Muslim Brotherhood.

In March 2014, Occidental CEO Steve Chazen told investors at a conference that the firm may need to sell the assets to individual countries. Chazen personally held talks with sovereign wealth funds and potential partners.

However, all three national parties have since walked away from the deal. US financial services firm Citigroup was advising the group.

Now, Occidental is said to be considering offering partial acreage to interested parties. This piecemeal approach is predicted to reach as much as $1 billion, less than the amount initially hoped for.

Occidental’s Middle East assets include a 40-percent stake in the Al Hosn Gas joint venture, which is developing the Bab sour gasfield in Abu Dhabi, and a 24.5-percent interest in the Dolphin Gas Project, which transports gas from Qatar to the UAE and Oman.

GE to provide training programmes for Emiratis
Next