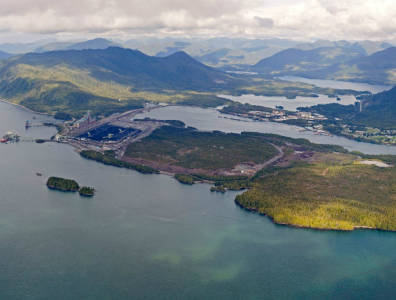 OTTAWA, December 29, 2016 – Petronas intends to replace a contested bridge at the proposed Pacific NorthWest LNG site in Canada in order alleviate local concerns, according sources familiar with the project.

Malaysia’s NOC has updated its construction plans to move the docking facilities to Ridley Island, where vessels will receive the LNG for transport. The decision removes the need for a costly suspension bridge that spanned an environmentally fragile marine area, people with knowledge of the plans told Bloomberg on Wednesday.

The USD 27-billion LNG project on Lelu Island in the province of British Colombia would make Petronas the largest foreign direct investor in the country. The company is in the planning stages of the facility, along with partners China Petrochemical Corporation, Japan Petroleum Exploration Company, Indian Oil Corporation and Brunei National Petroleum Company.

In September 2016, Canada approved Petronas’ proposal for the LNG export terminal after three years of regulatory review, despite fears that the project will raise Canada’s emission rates. The project will allow the country to export natural gas to Asian markets, and will add USD 2.19 billion per year to Canada’s GDP, according to Petronas estimates.

The decision to move onward with the project is expected to be decided in early 2017, following a major project review.

Exxon and partners strike in PNG
Next