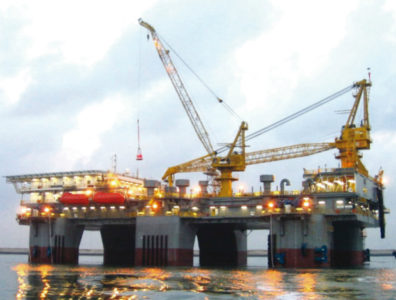 SapuraKencana in wave of deals

Two deals were awarded by Petronas Carigali, the first for underwater services on a call-out basis for two years, including services relating to vessels, diving and remotely operated vehicles, as well as inspections and repair of the NOC’s offshore facilities. The second award, a one-year contract, covers soil investigation services. The agreement comes with an option for a one year extension.

A third contract was brokered with Hyundai Heavy Industries for offshore installation of a wellhead riser platform in Q1 2017 at the BARDEGG-2 and Baronia EOR development project off eastern Malaysia. The works involves jacket installation as well as construction of foundation piles and a bridge between assets.

A fourth signing will see the company carry out the engineering and construction of the wet gas pipeline, subsea composite cable, substance and topside, as well as transportation of the necessary materials for Repsol’s Bunga Pakma project in Malaysia.

A final five-year contract was signed with Brunei Shell Petroleum for the provision of SapuraKencana’s SKD Alliance drilling rig, with the option to extend the drilling operation for another five years. It is set to begin in April 2018.

Oil edges down as US rig numbers go up
Next

Tullow in Uganda farm down