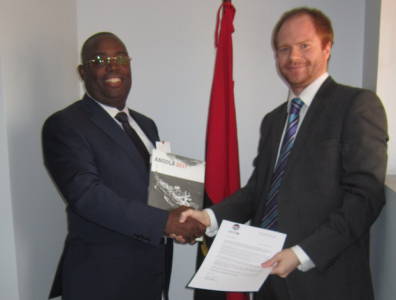 LUANDA, November 24, 2017 – The Association of Service Providers of the Angolan Oil & Gas Industry (AECIPA) signed a partnership agreement with TOGY on Thursday to support TOGY’s reporting on energy in Angola, as the country embarks on a new strategic direction following the election of its first new president in 38 years.

This on-the-ground reportage will be published in The Oil & Gas Year Angola 2018 and the business intelligence and networking platform TOGYiN.

TOGY will highlight the initiatives taken by new President João Lourenço, who was inaugurated in September 2017, as well as the continuing restructuring and reorganisation of Sonangol in light of the president’s appointment of a brand new board of directors. It will report on the latest news on projects, such as Eni’s startup of the Cabaça field in its East Hub project in February 2017 and its mandate to continue exploration until 2020, Chevron beginning production from the main platform of Mafumeira Sul in March 2017 and Total’s USD 16-billion Kaombo project, the largest ever in Angola, expected to commence production in April 2018.

The AECIPA partnership for 2018 represents the continuation of a highly successful partnership which began for TOGY’s most recent Angola report, The Oil & Gas Year Angola 2017. The association counts several dozen companies among its members including Halliburton, Schlumberger, Weatherford, GE, Nalco, SGS and Subsea 7.

“I think our organisations can work very well together for the promotion of Angola and Angolan companies at this strategically important time in the country’s history,” Braulio de Brito, chairman of the board of AECIPA, told TOGY.

The agreement was signed by de Brito and TOGY’s Angola country director, Michael Ballmann, on November 23, 2017.