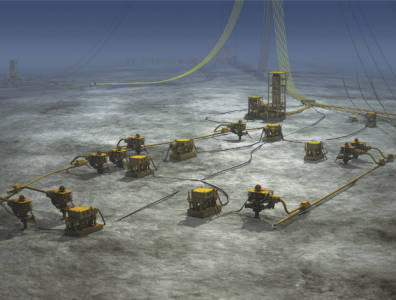 ALEXANDRIA, July 30, 2015 – Norway’s Subsea 7 has won a contract worth around $500 million from BP and Germany’s DEA for development work on the Taurus and Libra fields offshore Alexandria, Egypt.

The contract covers engineering, procurement, installation and pre-commissioning of subsea infrastructure required to support production from nine wells at a depth of around 800 metres. It will include around 75 kilometres of umbilicals and 100 kilometres of pipeline.

Engineering and project management work will begin immediately at Subsea 7’s global projects centre in London, the company has said. Fabrication of the subsea structures and spools will be undertaken at a yard in Maadia, near Alexandria owned by Egypt’s Petrojet. Offshore installation is slated for the second half of 2016, and will be performed using Subsea 7’s pipelay vessel, Seven Borealis, and heavy construction vessel, Seven Arctic.

The Taurus and Libra field development is the first phase of the BP’s $12-billion West Nile Delta project. BP owns an 82.75-percent stake in the project, while DEA, a subsidiary of Russia’s L1 Energy, holds the remaining 17.25 percent. Phase one will seek to exploit 142 bcm (5 tcf) of gas and 55 million barrels of condensate.

For more news and features on Egypt, click here.

Shell pushes ahead with asset selloff
Next