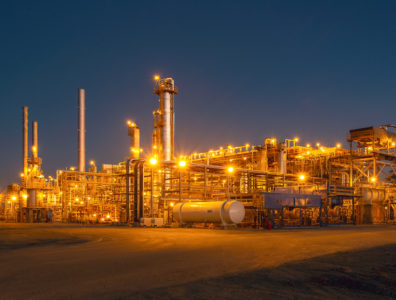 The plant was formally opened earlier this week by Prime Minister Dr. Keith Rowley, who termed it a “triumph” and a “resounding success.”

With a nameplate capacity of 2,400 barrels per day, the plant produces high-performance, low-emissions energy products, GTL paraffinic diesel and GTL naphtha, with natural gas as its feedstock.

“This gas-to-liquids plant is a prime example of the successful development of the country’s export potential of higher value-added products, through the collaboration of the private sector, the banking sector and the government,” Prime Minister Rowley said.

GTL products are characterised by high performance and low emissions when compared to crude-derived equivalents, as well as being biodegradable and having low toxicity – a boon for marine environments.

“GTL represents clean energy – a bridge from a dirty energy past to a cleaner energy future. It’s a bridge that everyone wanted to build but, for many reasons, most of them have failed,” Ainsley Gill, group CEO of NiQuan Energy, said.

“With this plant, NiQuan Energy has built the first bridge and there will be more, many more. And not just in Trinidad and Tobago and the Americas but around the world. Our clean energy products will make a difference. That’s the belief that’s driven us from day one. It’s what we promised to deliver and we’ve kept our promise here today.”